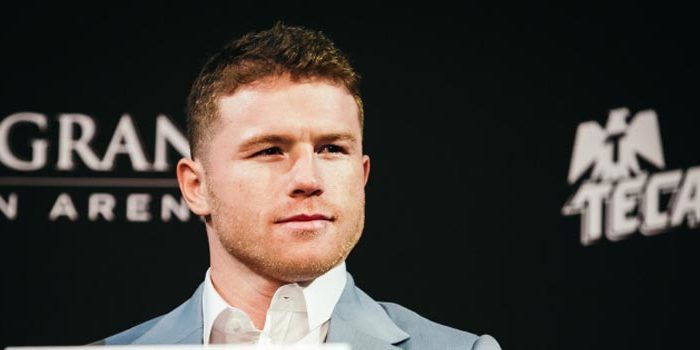 Should present plans hold form, there is a great chance that boxing will forever remember the 21st day of September.

With the allotted negotiation period expiring without a deal in place, an ordered super middleweight title fight between Saul ‘Canelo’ Alvarez and Avni Yildirim will now head to a purse bid hearing. The World Boxing Council (WBC) ordered the fight on August 18, after the Board of Governors approved by a vote of 36-1 to allow Alvarez to challenge for the available title.

A world of issues have since surfaced, perhaps even including what lies ahead in regard to this fight.

“The purse bid is scheduled for September 21,” Mauricio Sulaiman, longtime and recently re-elected president of the WBC confirmed to BoxingScene.com of the news first reported by Sky Sports.

Alvarez (53-1-2, 36KOs) was positioned into contention for the vacant title due to his status as WBC “Franchise” champion, which he was awarded last summer in a new development by the Mexico City-based sanctioning body. The belt in question became available on August 15, shortly after David Benavidez scored a one-sided 10th round stoppage of Alexis Angulo in what was downgraded to a non-title fight due to his missing weight by more than three pounds.

Had Benavidez—now a former two-time titleholder—done his job at the scale, his next assignment would have been a mandatory title defense versus Istanbul, Turkey’s Yildirim (21-2, 12KOs). Plans for Yildirim to once again challenge for the title have been in place since 2019, when he was named as the challenger in waiting for Benavidez’s eventual title-regaining 9th round stoppage of Anthony Dirrell last September.

Efforts to schedule such a fight for earlier this year were thwarted when Yildirim suffered a training camp injury, providing a path for Benavidez to enter a voluntary defense versus Angulo which was to have taken place this past April in his Phoenix hometown. The event was canceled due to the ongoing coronavirus pandemic, with the bout rescheduled for this past August and Yildirim eagerly awaiting the winner.

Instead, he now has the chance to face the biggest star in the sport—if current legal issues don’t get in the way.

Even before the lawsuit, DAZN had no intention of greenlighting a fight between Alvarez and Yildirim, and in fact has become particular in approving far more notable competition for the global superstar.

Nevertheless, the WBC has a process to follow and for Yildirim there will exist the opportunity to challenge for the title, no matter whom against.

“We have nothing to do with the legal case,” Ahmet Oner, Yildirim’s promote told BoxingScene.com. “We have a purse bid on Sept 21 and we will see what happens.”

Yildirim has been in contention for the title since a controversial technical decision defeat to Dirrell last February. The fight ended due to a massive cut suffered by Dirrell in the 7th round of their Premier Boxing Champions (PBC) on FS1 main event, with the bout stopped three rounds later.

The WBC ruled at the time that Dirrell would first face Benavidez, at the time a former titlist who was permitted to once again challenge for his belt upon returning from a suspension after testing positive for cocaine in September 2018. Yildirim was awarded the right to challenge the winner, or in this case challenge for the title itself.

This particular ordered fight perhaps doesn’t move the needle for the brass at DAZN, but the prospects of promoting an Alvarez-headlined event certainly serves as an attractive option to potential bidders. The legal ramifications to follow will ultimately dictate whether or not it could proceed in present form, assuming Alvarez still goes through with the fight by that point as he has yet to withdraw his name from consideration.

The forthcoming purse bid hearing will be held virtually via Zoom conference call, in lieu of traveling to WBC headquarters in Mexico City given the ongoing global health crisis.