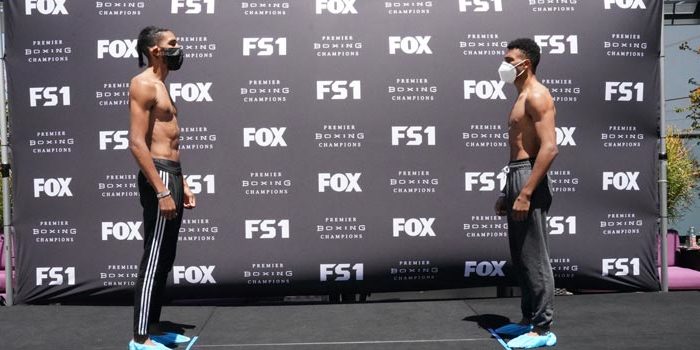 Top welterweight Jamal “Shango’’ James will square off against former title challenger Thomas Dulorme in a 12-round battle for the Interim WBA Welterweight Title, headlining the return of FOX PBC Fight Night on FOX, FS1 and FOX Deportes, Saturday, August 8 from the Microsoft Theater in Los Angeles.

Exciting, undefeated super lightweight prospect Omar Juárez will battle Willie Shaw in a special attraction on the broadcast. All programming can be live streamed in English and Spanish on the new FOX Sports app. FOX Deportes offers delayed coverage of all FOX and FS1 programming beginning at 10:00 PM ET.

Here are the weights from Friday’s weigh-in: