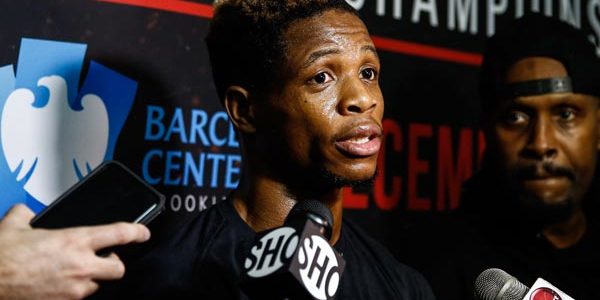 Barely one full day after his place was secured on the deepest Pay-Per-View card of the year, John Riel Casimero now has an opponent for the occasion.

Philippines’ Casimero aims to make the first defense of his World Boxing Organization (WBO) bantamweight title versus Ghana’s Duke Micah. The bout will take place as part of a six-fight, split-bill Showtime PPV event presented by Premier Boxing Champions (PBC) on September 26, at a location to be determined.

The services of Micah being secured on the card was confirmed to BoxingScene.com by Sean Gibbons, Casimero’s promoter as president of Manny Pacquiao’s MP Promotions. ESPN.com’s Steve Kim was the first to break the news.

Casimero (29-4, 20KOs)—a three-division and reigning bantamweight titlist from Ormoc City, Philippines—has been training in Las Vegas since mid-March, where he once hoped to face unified bantamweight titlist Naoya Inoue (19-0, 16KOs) in a three-belt unification clash this past April. Those plans were canceled due to the ongoing coronavirus pandemic, as was any hope of Casimero returning home due to travel restrictions.

Speculation lingered for months as to when he would return to the ring, with rumors of his eventually landing on an ESPN card as Top Rank was to have promoted his bout with Inoue, who remains in Japan.

Casimero claimed the interim version of his current title on a PBC card last April, scoring a 12th round knockout of Ricardo Espinoza last April in Carson, California. The now-31 year old Filipino upgraded to the real thing in a 3rd round knockout of long-reigning titlist Zolani Tete last November in Birmingham, England.

Micah (24-0, 19KOs) steps well up in class for his first career title fight. The Ghana-bred bantamweight—who trains with Andre Rozier in Brooklyn and is co-managed by Michael Amoo-Bediako and 2019 Manager of the Year Keith Connolly—has not fought since an eight-round decision over Janiel Rivera last December.

The upcoming title challenge versus Casimero will mark Micah’s fifth consecutive fight in the United States, including his third in a row on a PBC platform.