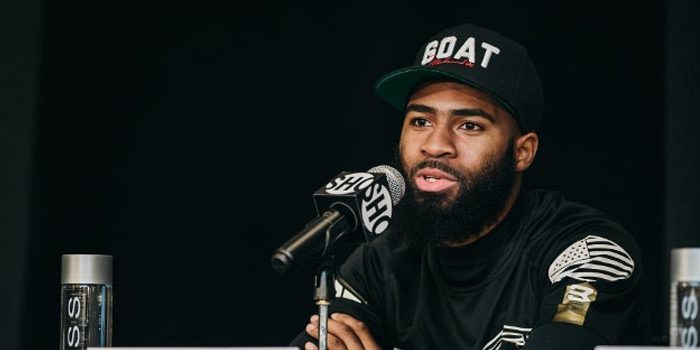 Stephen Fulton will be squaring off against Angelo Leo for the vacant WBO junior featherweight championship as the main event for a PBC on Showtime card on Aug. 1 at the Mohegan Sun in Connecticut.

The 122-pound WBO strap was vacated last week by former champion Emanuel Navarrete, and now Fulton (18-0, 8 KOs), a PBC fighter ranked No. 1 by the sanctioning body, will challenge Leo (19-0, 9 KOs), a Mayweather Promotions fighter who is ranked No. 2 by the WBO.

“Who would turn down an easy fight like that [against Leo]?” Fulton told BoxingScene.com in an interview Monday. “I feel great. It’s well overdue. I’ve been deserving this chance after the road I took defeating all of the undefeated fighters that I have. I don’t underestimate him, but he doesn’t have what it takes to beat a fighter like me — especially mentally. He will be world champion one day, but now is not the time for him.”

Having already faced and remained victorious against eight undefeated opponents, the 25-year-old Fulton has been matched tough his entire career. The Philly fighter claimed the IBO junior featherweight title against Paulus Ambunda last year. Before that, he had scored a pair of majority decision wins over previous unbeatens Joshua Greer and Adam Lopez.

Mayweather Promotions CEO Leonard Ellerbe took to Twitter on Monday to offer his thoughts around the fight.

“Leo can and would beat anybody on Fulton’s resume. He says it’s his easiest payday, [we’re] surely going to see,” wrote Ellerbe. [Fulton is a] very good fighter but he’s never fought nobody like Angelo Leo! Can’t wait … and the new [world champion will be Leo].”

“El Chinito” Leo has appeared on Showtime several times since signing with Mayweather Promotions in 2017.

He graduated to a bona fide contender on the premium cable network last December when he scored three knockdowns and stopped veteran Cesar Juarez in the 11th round of their IBF and WBO world title eliminator during the Gervonta Davis-Yuriorkis Gamboa card.