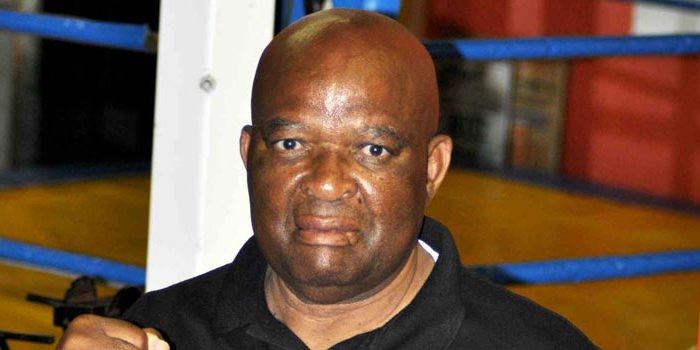 Tuesday, July 14, represented a year since the passing of one of South Africa’s greatest match-makers ever, Reuben Rasodi. The man probably never quite received the recognition he deserved.

Rasodi, who worked as a match-maker for Square Ring Promotions and then for Golden Gloves Promotions for many years, was best described by a journalist who said: “He is here, there and everywhere at tournaments throughout the Reef, bustling his way in and out of dressing rooms and official enclosures.”

Rasodi was an authority on fighters from the townships and worked as an agent and match-maker from the mid-1970s.

The event was a complete sell-out and Rasodi arranged some of the contracts on the undercard.

Subsequently working for Rodney Berman of Golden Gloves, possibly the greatest promotions company in the history of South African boxing, he was always one of the busiest workers around at the tournaments.

As a match-maker, Rasodi spent a lot of his time travelling around the country with contracts looking for opponents, and as a shrewd operator he knew all about the fighter, records and style of fighting.

Growing up in Pietersburg (now Polokwane), where he was born, he boxed as a schoolboy.

After leaving school, Rasodi and his family moved to Soweto and he opened a gym in the yard of his father’s house.

He needed proper facilities for the amateur boxers and the professional Reuben Zondi, who owned a gym called Panama Flash in Orlando West, so he was allowed to train his boxers at the gym.

His first appointment as a match-maker was for VIP Promotions in 1971 when he was involved in putting fights together for Norman “Pangaman” Sekgapane and Richard “Kid” Borias.

He was also the match-maker for Northern Star Promotions and in 1975 took on the same role for Smodden Boxing Promotions in Sasolburg.

At one time, he also managed fighters and one of his first fighters was flyweight Norman Hlale, who knocked out Petrus Mkwanzi (also spelt Mokwanase at times), who subsequently became a DJ with Radio Bophuthatswana, and Ezekile Mokone.

One of the best matches he organised was the fight between Arthur Mayisela and Duke Moledi which took place in Sebokeng, with Mayisela winning on points.

Another classic fight which he made possible was the match with Duke Moledi edging Brett Taylor; and also the fight between Sydney Hoho and Gordon Goba, with Hoho winning on points.

He had a deep passion for the game and in an interview with a journalist more than 35 years ago he said that thanks to the Bob Foster v Pierre Fourie fight, racial barriers were broken down and it was a sad day when Pangaman, Nkosana “Happyboy” Mgxaji and Kallie Knoetze lost major fights in their careers.

Rasodi, who had been with Golden Gloves Promotions for around 40 years, was a true gentleman and one of the most respected men in the fight game.