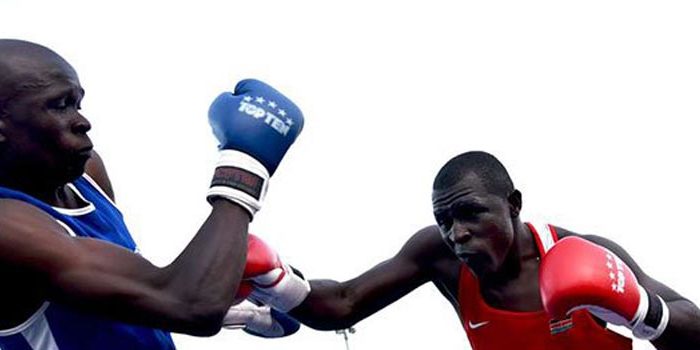 That Covid-19 pandemic has turned financial taps dry in most sports disciplines across the globe is no doubt.

From golf caddies to tennis bigwigs with bottomless pockets, the sporting industry is facing economic recession.

Kenya’s leading boxers –especially those without formal employment –are battling financial constraints. Most of them work in Kenya Defence Forces, National Police Service and Kenya Prisons.

At the moment, the unemployed lot in the national team have resorted to different menial jobs to put food on their tables.

And national flyweight champion Christine Ongare, who is the only female boxer to have qualified for the Tokyo Olympics, is no exception. She has been adversely affected by the tough economic times.

Ongare, who is an itinerant trader, sells vegetables and fruits in different estates in Nairobi’s Eastlands and streets of Nairobi to make ends meet.

“It is tough times for me. But we must work hard. I move from place to place trying to get market for my vegetables in Nairobi,” she said.

A male boxer, who did not wish to be named for fear of shame, said they have resorted to different manual jobs to support their families.

“Desperate times calls for desperate measures and we have resorted to any kind of work to support our families. I have done a number of jobs in the last six weeks,” he said.

National female middleweight champion Elizabeth Andiego, who is preparing for World Olympic qualifiers in Paris later this year, said the crisis has exposed them to tough times.

Despite the challenges, she said, they have stepped up their training before Boxing Federation of Kenya get to normalcy.

Andiego, who is a physical instructor, has resorted to fitness training and coaching to earn a living.

It is not easy taking young players through paces at a small fee, she said.

Andiego said: “The jobs help me put food on the table at the moment. I thank God.”