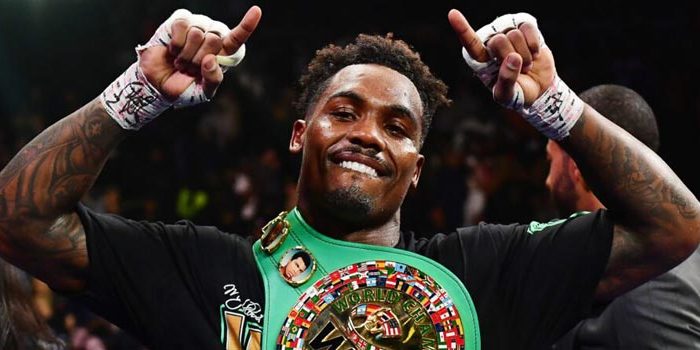 Undefeated WBC World Middleweight Champion Jermall Charlo could be facing the toughest test of his career if he faces Ukraine’s Sergiy Derevyanchenko as is being reported.

According to The Athletic’s Mike Coppinger, Charlo (30-0, 22 KOs), a two-division world champion, and Derevyanchenko are finalizing a deal that would see them throwdown in a blockbuster sometime this fall.

Jermall Charlo and Sergiy Derevyanchenko are in the process of finalizing a deal for a middleweight title tilt in Sept. or Oct., sources tell The Athletic. Big-time fight. Derevyanchenko was also in the running for a fight with Canelo Alvarezhttps://t.co/RqW2hFjVeO

Derevyanchenko is coming off a controversial split decision loss to Gennady “GGG” Golovkin last October, a bout many felt Dervyanchenko deserved to win. The Ukrainian’s only other loss was also debatable; a 12-round split decision that went in Daniel Jacobs’ favor back in October 2018.

Derevyanchenko (13-2, 10 KOs) was also entertaining offers from pound for pound Saul “Canelo” Alvarez. However, that fight would have taken place at 168-pounds, a move Derevyanchenko was hesitant to make. Plus, according to reports, his financial demands were not met.

Instead, fans will be treated to what could be boxing’s first superfight since the COVID-19 pandemic hit. Charlo, older twin brother of WBC World Super Welterweight Champion Jermell Charlo, left the 154-pound division in 2016 having conquered names like Austin Trout and Julian “J-Rock” Williams. However, his opposition since moving to 160 has been disappointing by most accounts.

Charlo positioned himself to become the mandatory to Canelo’s WBC middleweight title. But when Canelo was elevated to “Franchise Champion,” Charlo was left without a big fight again, although the WBC did award him with their strap.

The explosive, boxer-puncher trained by the legendary Ronnie Shields will have his hands full against Derevyanchenko, an aggressive, durable volume-puncher nicknamed “The Technician” for his astute fighting style. While a deal has not yet been made official, an announcement is expected in the coming days.