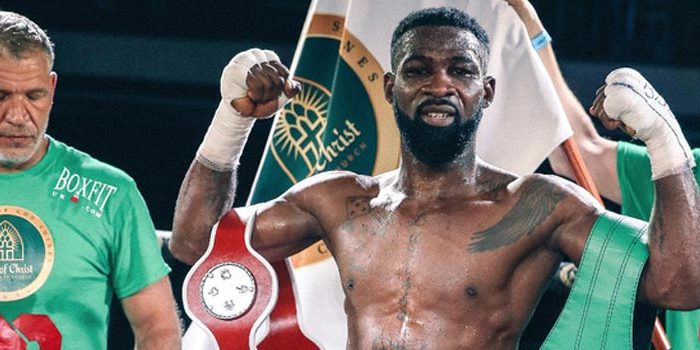 United Kingdom-based welterweight Larry Ekundayo says he is eager to defend his IBF European Welterweight title in his native Nigeria.

The Lagos-born boxer attempted to bring a fight to Nigeria in 2019 but was unable to do so. He says that he is undaunted by the roadblocks that hindered him from bringing a title fight home and aims to continue to fight for that to happen.

“The major reason why I’m planning to bring my bout to Nigeria is to educate people about boxing because a lot of people have the wrong impression about boxing,” said Ekundayo.

“The fight in Nigeria will inspire our youths to channel their energy into positive ventures like boxing and other sports.”

As a 12-year-old kid growing up in Nigeria’s Lagos, Ekundayo never planned to be a boxer. Like many other boys his age, his goal was to be a lawyer, engineer or doctor.

Ekundayo started off his amateur career in the Ilupeju area of Lagos, where he trained at a school compound before going on to represent Lagos State at the National Sports Festival in 1998 and 2000.

As a professional, the 37-year-old veteran is 16-1, with three knockouts.