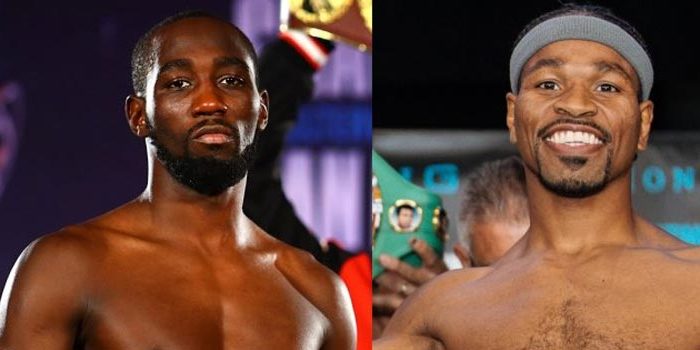 Shawn Porter still intends to have that face-to-face meeting with Terence Crawford.

Porter and Crawford were supposed to sit down to discuss possibly boxing each other next before the COVID-19 pandemic shut down the boxing business last month. Crawford has not prominently mentioned Porter as a potential opponent in interviews conducted during the coronavirus crisis, but Porter hopes Crawford will at least consider it.

“I don’t know exactly what was gonna be said or done,” Porter said Friday as part of Premier Boxing Champions’ Facebook Live interaction with fans. “But there’s still light in that tunnel for those who want ‘Showtime’ Shawn Porter versus Terence ‘Bud’ Crawford.”

Porter would be considered Crawford’s best opponent since he moved up to welterweight two years ago. Errol Spence Jr. is the welterweight most fans want Crawford to face, but Porter gave Spence the most difficult fight of his career six months ago.

“I’m not sure if and when that fight’s gonna happen,” Porter said about boxing Crawford. “I’ll keep it like this, man – as far as I know, every fight is on the table, especially at this point. We’re at a point right now where everybody’s gonna kinda have to reset and get everything back into order. You know, some of the fighters that, you know, were champions before all of this happened, there’s no telling what’s gonna happen once we get back going.

Porter is confident he would be Crawford’s toughest opponent to date, yet he considers the three-division champion’s resume stronger than Crawford’s detractors view it. The 32-year-old Crawford (36-0, 27 KOs), of Omaha, Nebraska, has stopped Jeff Horn, Jose Benavidez Jr., Amir Khan and Egidijus Kavaliauskas in his four fights since he moved up from 140 pounds to 147.

“I do agree that Terence needs a quote, unquote true opponent,” Porter said. “And I’m a little different from most of y’all out there. But, you know, and I think most fighters will say this – we go out there and we put our lives on the line against everyone every time we get in the ring. I mean, the guy could be 0-10 and something still could happen. You know, so in that respect, you have to respect the fighter for whoever he has fought and whoever he’s fighting. Terence’s last fight was against a guy, I think he was from Australia [Lithuania’s Kavaliauskas], I could be wrong. And a lot of people were criticizing him about that. And my mindset was it’s still a big fight, good fight for you, against a good fighter. And again, anything can happen, so when you say true fighter, of course there’s levels to this, so we’ll be respectful to that. But at the same time, Terence has not been a multi-time world champion by accident. The dude is the real deal. He’s just a great fighter, great athlete, great person. And so, you know, you have to respect everyone that he fought.

“Saying that, when you say a true fighter, and you talk about ‘Showtime’ Shawn Porter, I really do think that, you know, again, when we talk about levels, I really do think that I’ve separated myself from the rest of that welterweight division in terms of preparation, in terms of being able to contend with everybody that’s out there. You know, there’s not one fight I’ve had where – win, lose or draw – that fighter ever got the best of me, you know, and out-classed me and out-worked me and out-everything me for an entire fight. That has never happened and will never happen. So yes, I do think that when you talk about a quote, unquote true fighter, I think Terence, like most fighters before they fight me, has never been in the ring with anyone like me. So, definitely the truest of all tests out there is ‘Showtime’ Shawn Porter.”