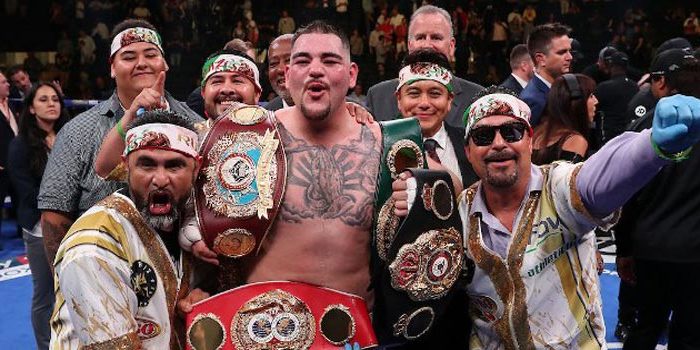 Despite criticism for his lack of discipline, if Mexican heavyweight Andy Ruiz was capable of becoming a world champion, it is because he has something special, according to top trainer Eddy Reynoso.

Reynoso hopes that the situation with the COVID-19 pandemic will come to an end so he could begin his work with Ruiz.

“Andy showed that he is at those levels. They say he is undisciplined, but I think that if someone was a world champion he should have some discipline. Not everyone is equally hardworking or disciplined, but in the end if someone reaches the level of a champion then he has something special,” Reynoso said.

In June 2019, Ruiz shocked the sport when he dropped Anthony Joshua four times, to secure a seventh round stoppage to capture the WBA, WBO, IBF, IBO world titles.

But in their December rematch, Ruiz entered the ring in poor shape and was easily outboxed over twelve rounds. Afterwards, Ruiz admitted that he partied for two months straight and started training camp too late.

Earlier this year, he parted ways with trainer Manny Robles. And now he reached an agreement to train with Reynoso.

“We reached an agreement. When this pandemic is over we will see what is next for him, how we can accommodate ourselves, how he wants to work and what he wants to do. I think he has a future,” Ruiz said.

On the other hand, Reynoso praised his star fighter at the moment, Saúl “Canelo” Álvarez, who highlighted the discipline and dedication to achieve his goals.

“He reads his opponents fast, and what he learns he takes advantage of in the ring, but his greatest virtue is discipline and perseverance, he always wants more,” Reynoso said.