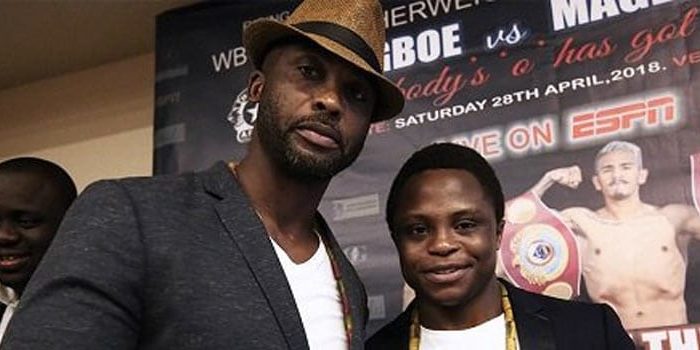 Ghana’s Dogboe lost his second consecutive fight to Mexico’s Navarrete in May 2019 at New York’s Madison Square Garden in a one-sided affair that ended when the bout was mercifully stopped in the 12th and final round. It was a rematch of their December 2018 encounter, when Navarrete claimed Dogboe’s WBO World Super Bantamweight title via 12-round unanimous decision.

After performing some traditional chieftaincy rituals for his son, Paul disclosed that a juju man (witch doctor) predicted that Dogboe was going to knock down his opponent in round two.

However, a man of God who opposed the deeds of Paul told him it would be impossible for his son to win the fight after initiating the traditional rites.

“We were bringing a stool that hasn’t come back to his throne yet. When you are repairing all these things they have to be doing certain rituals and things and we’ve done all that,” Paul Dogboe told Joy Sports.

He added, “But when the prophet told me that, ‘Paul, things will not be well.’ and I told my son that, ‘this fight, the juju people say we’re going to knock Navarrete out in round two and the prophet says this cannot be.’”

Despite seeing his son train hard for the rematch, Paul noted that he had doubts about his son’s chances of winning the belt again after performing the traditional rites.

“I did not believe when he even said that. I had doubts at that time. I didn’t know what came over me because I knew people telling me that this is a family thing just go ahead and repair the palace,” he said.

Isaac Dogboe is on the comeback trail. He was scheduled to fight in April but that has been pushed back due to the coronavirus pandemic.