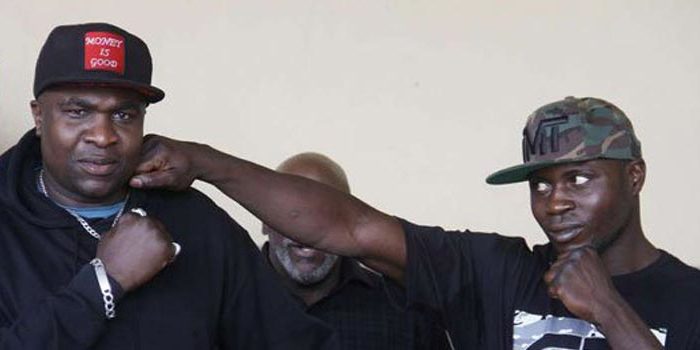 Kenya Professional Boxing Commission (KPBC) chairman Reuben Ndolo has said the bouts had been planned for last month but were postponed due to coronavirus pandemic. The two boxers will fight opponents who will be will be known after the date of the bouts is set.

Following a meeting with the sponsors, August was arrived at as the most appropriate period, but that depends on whether or not Covid-19 disease shall have been contained, Ndolo said.

It will be Okolla’s first bout since beating Malawian Limbani Lano in a non-title contest on December 14 last year at Charter Hall, Nairobi.

“A professional fighter should always be ready no matter the circumstances and that is why I am training thrice a day,” said Okolla. “Its tough training alone owing to the coronavirus lockdown but there is no shortcut.”

The 37-year-old southpaw boxer, who is the reigning national heavyweight champion, has fought 15 fights, winning 12 and losing three (12-3-0).

His last defeat came in the hands of Ghanaian Richard Lartey in a fight for the vacant World Boxing Organisation (WBO) Africa heavyweight title on December 24, 2018 in Accra.

That set the Ghanaian in line for the WBO global title where he suffered a knock-out against Briton Daniel Dubois on April 27 last year.

Okolla, who resides at Zimmerman in Nairobi, said he will scale up his training in the next one week as he focusses on punching bag sessions in a secluded gymnasium in Nairobi.

Achieng, the national super lightweight champion, has a 13-2-0 record and fought last on March 23 last year in Nairobi where she beat Joyce Awino in a non-title bout.

The clash was one of the support bouts in a promotion where Zarika beat Catherine Phiri from Zambia to retain her WBC title. Zarika later lost the belt to Yamileth “Yeimi” Mercado eight months later in Mexico.

Achieng, 32, has not lost a fight since her split decision defeat to Judy Waguthii on December 12, 2014.

Rayton “Boom Boom” Okwiri is the only Kenya holding an ABU title, having beaten Augustine “Big Ben” Matata from the Democratic Republic of Congo to retain the middleweight title on December 14 last year.

Michael “Lonzi” Muya was the last Kenyan to hold a CBC title, having become the lightweight champion from March 29, 2003 to November 8, 2003.