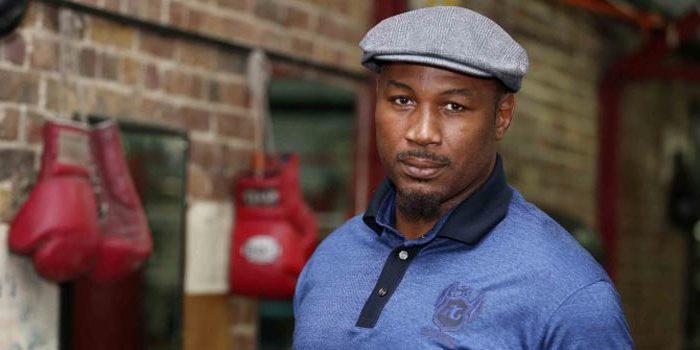 Former undisputed heavyweight champion Lennox Lewis has explained why he considers Evander Holyfield, and not Ray Mercer, as his toughest career opponent.

Lewis was taken to the limit by Mercer in May of 1996. While Lewis won a razor close majority decision, there would have been few complaints if Mercer would have received the win.

In 1999, Lewis had a two-fight series with Holyfield. They went to a controversial twelve round draw in the first meeting, which most felt Lewis did more than enough to get the nod. And then Lewis won a tough twelve round decision in the rematch.

Mercer, an Olympic gold medal winner and a former WBO champion, was always eager for a rematch with Lewis, but the second contest never came about.

“People seem to be genuinely surprised when I tell them Evander Holyfield was my toughest opponent, not to be confused with my toughest fight, which was Mercer, but when you really dive into why that is, it actually makes a lot of sense,” Lewis stated.

“Holyfield, like me, has an extensive amateur pedigree that has served him well throughout his professional career. He started boxing at 8 years old and was an Olympic Bronze medalist in 1984. Before he moved up to the heavyweight division, he’s a man that cleared out the cruiserweight division to become the undisputed champion, and arguably the best ever, in that weight class.

“That’s a lot of experience and it’s safe to say that by the time we met for the undisputed heavyweight championship in 1999, he had seen it all. When you combine Evander’s amateur and professional experience, you would be hard pressed not to see the kind of success he’s had in the ring. I may tease him a bit on our two fights, he knows I won both fights even though he won’t admit it, but in all seriousness, he’s the only man that has gone 24 rounds with me.

“I can’t stress enough the importance of amateur experience. Consider the amateurs as your internship into the pros. The more you learn about your craft, the better it will serve you. Me and Evander’s extensive amateur experience brought us to the top of our games. In a sport where there are no guarantees, and even one mistake can end in disaster, it’s important to play the odds. So although we have both had setbacks in our careers, there was very little chance that the success we sought in the sport of boxing would not be reached based on our experience.”