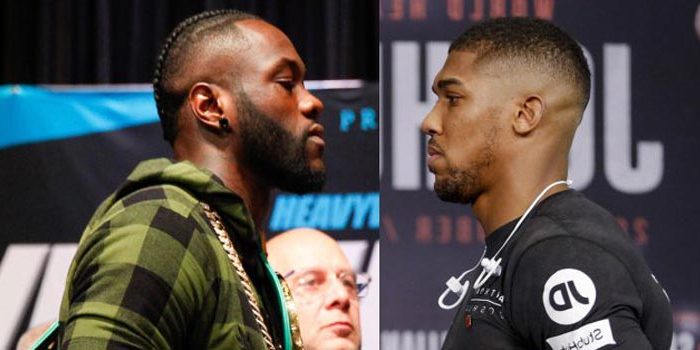 Back in February, Wilder was dropped twice and stopped in the seventh round by Tyson Fury, who walked away with the WBC heavyweight title.

Joshua himself was shocked back in June 2019. He was dropped four times and stopped in seven by Andy Ruiz. A rematch was held in December, with Joshua staying on his toes and outboxing Ruiz over twelve rounds of action.

A trilogy fight between Fury and Wilder is slated for the month of October.

Joshua will be watching that fight with a lot of interest, as he wants to face the winner.

In the event Wilder gets revenge and pulls it off – Joshua would target him for a full division unification.

Joshua has studied Wilder enough that he believes the right strategy to get the win would be to come forward and punch. He would not use the same tactics that gave him the rematch victory over Ruiz.

“In terms of doing something similar, I wouldn’t have done what he (Fury) done in the first fight,” said Joshua to Sky Sports.

“He doesn’t know how to flow and move side to side, and move back and control the fighter. When Tyson Fury was edging forward, on back foot balance, Deontay Wilder was struggling to move forward with his right hand.

“It proved to be a very difficult fight for Deontay Wilder in the end.”