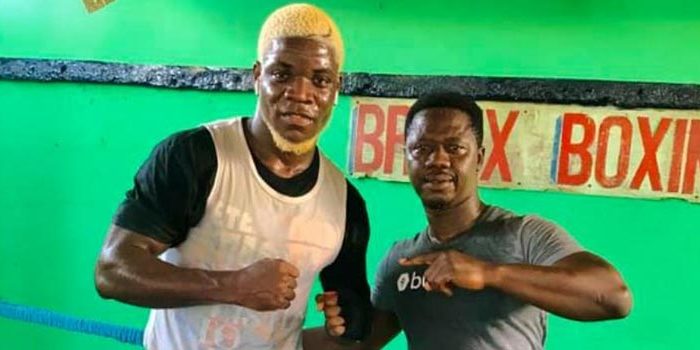 Jacob Dickson is the latest Bronx Boxing Club fighter being groomed for stardom.

According to a report from modernghana.com, Dickson, a light heavyweight, is turning heads at the respected Accra gym which is spearheaded by Lawrence Carl Lokko.

Lokko guided the careers of former world champion Richard Commey and rising undefeated bantam Duke Micah prior to their move from Ghana to the U.S. The trainer is now preparing the 22-year-old Dickson for the world stage.

Dickson turned pro last October. He’s had five fights in total and knocked out all of his opponents. Some believe he could become a heavyweight as his body continues to mature. According to reports, Lokko is bullish on his young fighter but wishes to move him slowly before taking him to the next level.

In February, Dickson KO’ed John Plange in one round. However, his progress has been slowed by the recent COVID-19 pandemic which has caused the Ghana government to enforce a stay-at-home quarantine in several areas of the country.

Dickson, however, is unbothered.

“We need to take care of ourselves as future champions and see our families alive,” he told modernghana.com. “I plead with boxers in Accra; James Town and Bukom to abide by the protocols and stay home. God’s time is the best.”