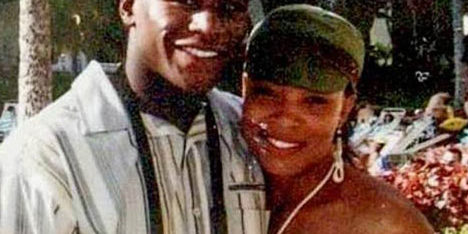 Josie Harris, the mother of three of Floyd Mayweather Jr.’s children, was found dead Monday night at her home in Valencia, California, according to a TMZ.com report posted Wednesday morning.

Harris, 40, was found unresponsive in her car when police arrived at her residence at approximately 9:30 p.m. PT Monday night. Medical personnel pronounced her dead at the scene.

TMZ reported that law enforcement officials indicated her death does not appear to be the result of foul play. They’re treating it as a death probe, not a homicide investigation.

Mayweather served two months in the Clark County (Nevada) Detention Center in 2012 after he was convicted of harming Harris in a domestic violence incident at her home in Las Vegas in September 2010.

The 43-year-old Mayweather, a retired five-division champion and the highest-paid boxer in the history of the sport, denied assaulting Harris during an interview with Katie Couric that debuted in April 2015.

Mayweather’s denial caused Harris to file a defamation lawsuit against him in May 2015, in which she sought more than $20 million in damages. That case had not been resolved at the time of Harris’ death.

Harris is survived by sons Koraun Mayweather and Zion Shamaree Mayweather, and a daughter, Jirah Mayweather.