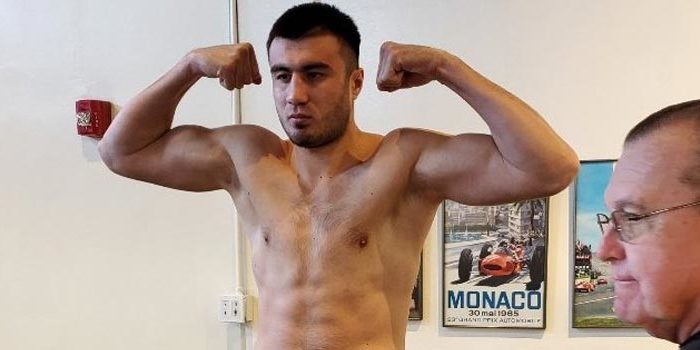 Bakhodir Jalolov, the Uzbek world amateur champion, will only have to win one bout to secure his Olympic spot at the Asia/Oceania Olympic Boxing Qualifiers at Amman, Jordan, which begin on Tuesday.

The 6ft 7in Jalolov, 25, became something of a social media sensation last year with his one-punch knockout of Richard Torrez, of the United States, at the World Championships in Ekaterinburg, Russia last year.

Mauricio Sulaiman, the president of the WBC, used the footage of the knockout to hammer AIBA, the amateur code’s world governing body, describing is as “brutal and criminal” because Jalolov was 6-0 as a professional, while he was taller and heavier than Torrez, despite the obvious fact that Torrez had entered as a super-heavyweight and was more experienced that Jalolov.

The AIBA are not involved in the Olympic qualifying, but the professionals are still involved and with Torrez selected for the United States team for the Americas Olympic qualifier in Buenos Aires later this month, there is every chance that they could have a rematch in Tokyo.

Certainly Jalolov will be expected to make it. There are only 11 entries in the super-heavyweight division in Amman, with four qualifiers. As the No 1 seed, Jalolov gets a bye into the quarter-finals, so he will only have to beat the winner of the bout between Denis Latypov, of Bahrain, and Hwa -Pyeong Song, of South Korea, to earn a place in Tokyo.

Kazakhstan and Uzbekistan boxers are likely to dominate the qualifiers in Amman, which run until March 11. The two nations won 11 medals between then at last year’s World Championships and ten of those will be competing in Jordan.

After Amman, the European qualifier starts in London on March 14, followed by the Americas qualifier in Buenos Aires on March 27. There will then by a final world qualifier open to all in Paris in May.