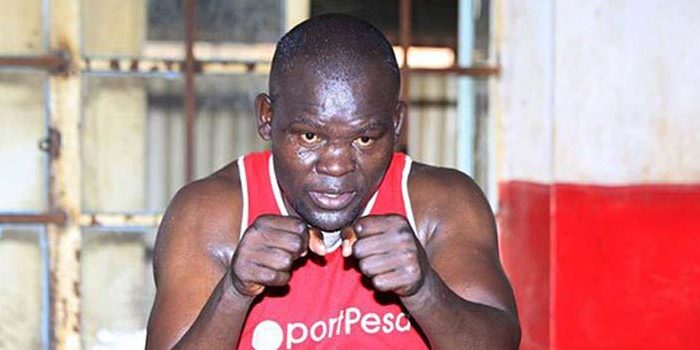 Kenyan boxers Elizabeth Akinyi and Elly Ajowi are out of the race to the 2020 Tokyo Olympic Games.

Akinyi was outclassed by top seed Ahbib Oumayma from Morocco in the semi-final of their welterweight bout on Wednesday at the ongoing Africa qualifiers at the Dakar Expo Centre, Senegal.

Ajowi also had his dream of making the Olympics cut short after losing to Moroccan 20-year-old Youness Baala once again in a 4-1 decision in the heavyweight contest.

Oumayma, 21, will now meet African Games silver medallist Alcinda Panguane from Mozambique in the final on Saturday. Panguane also outclassed Ugandan Emily Nakalema in a unanimous decision in the other semi-final.

Oumayma and Panguane qualified by virtue of reaching the final.

Baala will now meet Algerian Abdelhafid Benchabla in the final in what is a repeat of the African Games final where the Algerian carried the day. Both have qualified for the Olympics by virtue of reaching the final.

Benchabla dispatched Moussa Youssef in a unanimous decision in the other semi-final bout.

Benchabla will be making a return at the Olympics for the third time, having participated at the 2008 Beijing and 2012 London Summer Games. Benchabla, who won the African Games in 2011 Maputo, 2015 Brazzaville before 2019 Rabat, claimed silver at the 2007 Algiers Games.

The 33-year-old is the current World Series of Boxing light heavyweight champion.

Kenya had two boxers still in contention for the Tokyo Summer Games tickets on Wednesday night.

Team captain Nick Okoth (featherweight) and Commonwealth games bronze medallist Christine Ongare (flyweight) were due to box in the semi-finals.

Okoth was up against Isaac Masembe from Uganda while Ongare was to slug Rabab Chedder from Morocco.