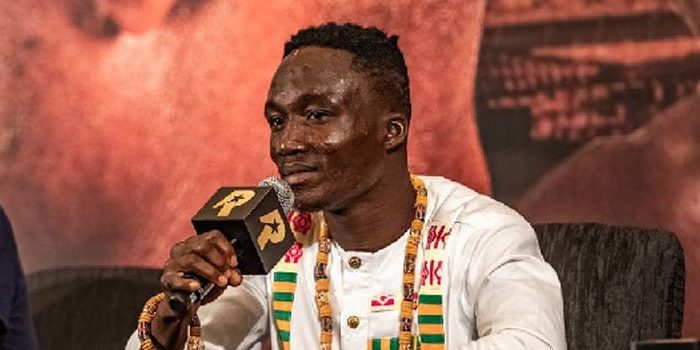 Plange is expected to slug it out with the 21-year-old Tanzanian as a co-main of “Bukom Fist of Fury.” The headliner features Wasiru ‘Gyatabi’ Mohammed against John Amuzu.

This will be the first event of the year for Bukom Fist of Fury, a national boxing league which includes both amateur and professional bouts.

Disclosing Plange’s fight with Chuwa to the Graphic Sports Online, Technical Advisor to the fighter, Yoofi Boham, explained that contracts have been signed to have the fight as part of the Bukom Fist of Fury bill.

Mr. Boham noted that he was still in negotiations with other boxers to get other professional bouts on the bill which would usher in the sport this year.

“All the contracts have been signed and Manyo Plange is billed to face John Chuwa on Tanzania as the co-main feature of the Wasiru fight at the end of the month.

“It is expected to be a great night of boxing especially when these two Ghanaian fighters will be mounting the ring to fight for title belts,” he said.

Plange, an undefeated boxer with 18 victories and a draw in 19 professional bouts, is making his ring return seven months after earning a deserved unanimous decision win over Emmanuel Otoo at Accra Sports Stadium last June.

With the hopes of fighting for a world title in the near future, the 31-year-old Ghanaian needs to win the WBO Global title in order to enter into the ratings.

Meanwhile, Chuwa is taking just two months off following a knockout win over William Kianga last November and is hopeful of improving on his record of 18 victories and four defeats in 22 bouts.