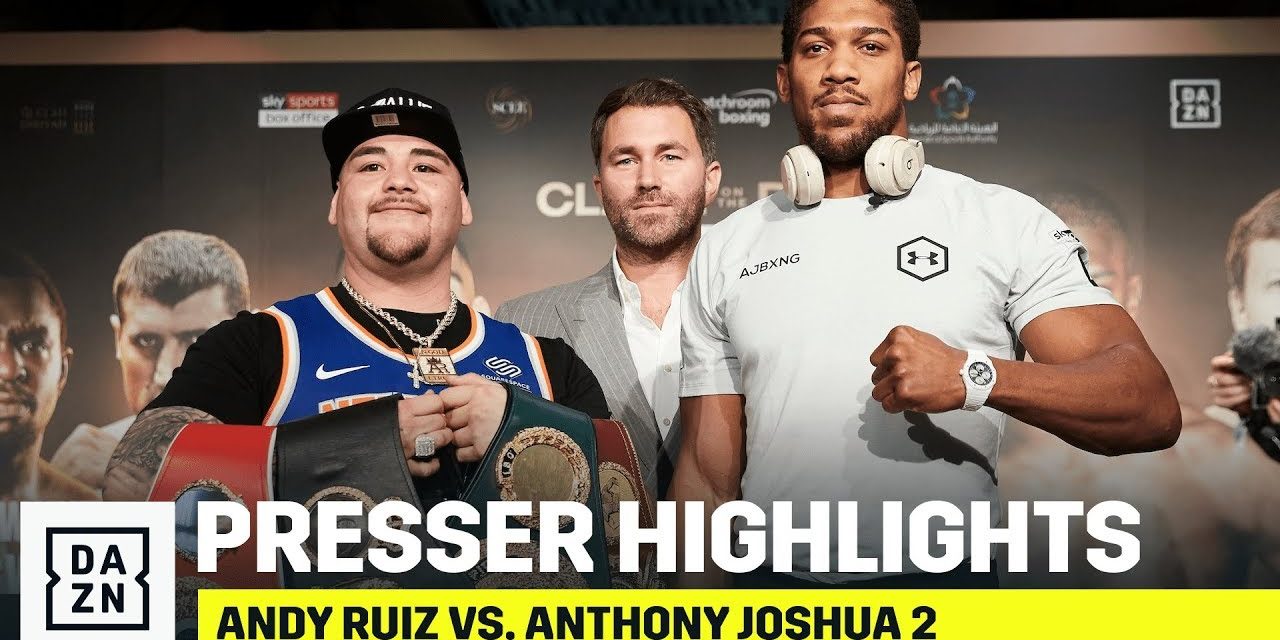 WBA/IBF/WBO World Heavyweight Champion Andy Ruiz Jr. and the man he wrested the belts from, Anthony Joshua, faced off at Wednesday’s final presser ahead of their showdown Saturday night.

The bout, which will take place in a newly-built, state-of-the-art temporary stadium in Diriyah, Saudi Arabia. Ruiz won the titles last June, when he got off the canvas in the third round to drop Anthony Joshua four times in total, winning a seventh-round TKO in perhaps the biggest upset in the heavyweight division since James “Buster” Douglas stopped Mike Tyson in Japan back in February 1990. Here’s what the combatants had to say at the presser: