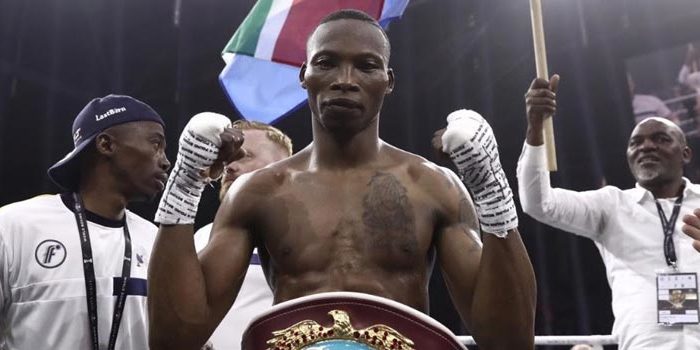 Zolani Tete has thrown down the gauntlet to bantamweight rival Naoya Inoue, who is hot favourite to overcome Nonito Donaire in the final of the World Boxing Super Series this week.

Boxing fans across the world were hoping for a dream Tete-Inoue match-up in the final of the WBSS when the Queensberry Promotions-backed South African joined the strong field of 118-pounders in the eight-man tournament that also included then world champions Ryan Burnett and Emmanuel Rodriguez.

Tete, the WBO king, unfortunately had to withdraw from the competition ahead of the semi-final stage – where he was set to meet Donaire – after defeating Mikhail Aloyan in his quarter-final.

Veteran ring legend Donaire went on to beat the replacement Stephon Young – via a 6th round KO – in the semi-final and booked himself a meeting with the hot ticket of the division in Inoue, who made short work of his passage to the final by beating Juan Carlos Payano in 70 seconds and then Rodriguez courtesy of a 2nd round KO.

If Tete has his way, the fans won’t be denied the tantalising prospect of a showdown between himself and the 18-0 knockout-artist Inoue.

“Inoue knows he needs to see me if he wants to be bantamweight king,” he warned, ahead of his own return to the ring against mandatory challenger John Riel Casimero at Arena, Birmingham on November 30.

It is unfortunate I had to pull out of the tournament but I am now fit and healthy again.

“I have a tough fight against Casimero on November 30 but, God willing I come through, I definitely want to fight Inoue, added the man from Eastern Cape, who tips Inoue to prevail in his collision with the popular Filipino.

“I believe he will beat Donaire but he knows he must beat me before he can call himself the real king.”