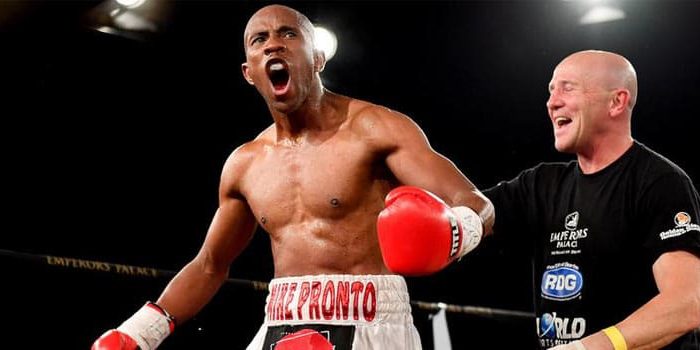 South Africa’s Michael Mokoena failed in his bid to win the vacant International Boxing Association junior welterweight belt when he retired in the eighth round against Daud Cino Yordan in Baku, Indonesia on Sunday.

Mokoena (15-5; 10) injured his left shoulder in the seventh round and attempted to continue throwing punches and take the fight to Yordan but the injury was too severe to continue and he retired in the eighth round.

WBA No 1 rated Dominic Boesel (30-1; 12) won the interim WBA light heavyweight belt when he stopped WBA No 3 Sven Fornling (15-2; 7) at the Messe Arena in Halle/Saale, Germany on Saturday.

DILMAGHANI AND FONCECA FIGHT TO A DRAW

A four-punch combination sent Paziwapazi down and out at 2:58 into the round.