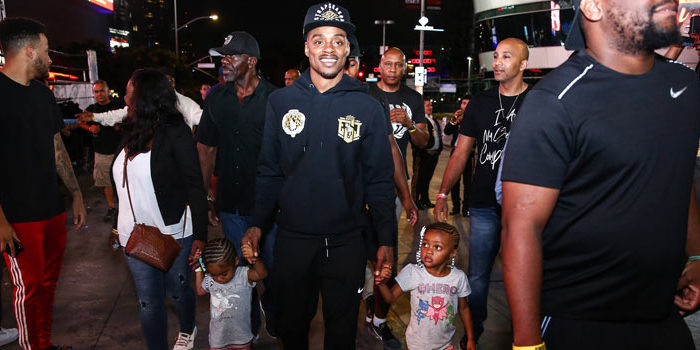 Errol Spence Jr. once again has a clean bill of health but is not quite out of the clear.

The unbeaten and unified welterweight titlist miraculously avoided long-term injuries from a single-car accident on Oct. 10 in downtown Dallas, Texas. The 29-year old southpaw from Desoto, Texas was rescued from the scene and rushed to Methodist Dallas Medical Center, where he remained in the Intensive Care Unit (ICU) although avoiding any broken bones or head trauma.

Spence Jr. was released from the hospital on Wednesday, although awaiting him is an official DWI charge filed by the Dallas Police Department.

“Errol Spence Jr. was charged with DWI, misdemeanor B,” Sgt. Warren Mitchell, spokesperson for the Dallas PD told BoxingScene.com on Wednesday. “Mr. Spence has been released from the hospital and will need to address those charges.”

No other charges plan to be filed as this goes to publish, a fortunate break for Spence (26-0, 21KOs) as he will very likely avoid any jail time. It was indicated at the time of the accident that the boxer had been traveling well above the speed limit and was not wearing his seat belt, although the latter ultimately saved his life. Spence was ejected from his car after flipping over the road median and at least twice more after that before crashing and wrecking his Ferrari.

At the time, police refused to comment on whether alcohol was involved, although the current charges clearly indicate as such.

Because there weren’t any other vehicles or victims involved, no other charges will be filed.

“As for getting a speed of the vehicle, we will not be getting one,” noted Warren. “It was a single car accident with no other criminal charges.

“Therefore, no reason to get a warrant to pull the CDR (Black box) of the vehicle.”

The incident marked a first time offense for Spence, hence the Class B misdemeanor charges filed. It also confirms his Blood Alcohol Level (BAL) was below 0.15, which likely keeps him out of prison. The maximum penalty includes a fine up to $2,000 and license suspension anywhere from three months to one full year.

Tentative plans called for Spence to next defend his titles versus former two-division titlist Danny Garcia in the first quarter of 2020. Such a bout could very well be in play, although any such talk of resuming his boxing career is secondary to more pressing matters at hand.