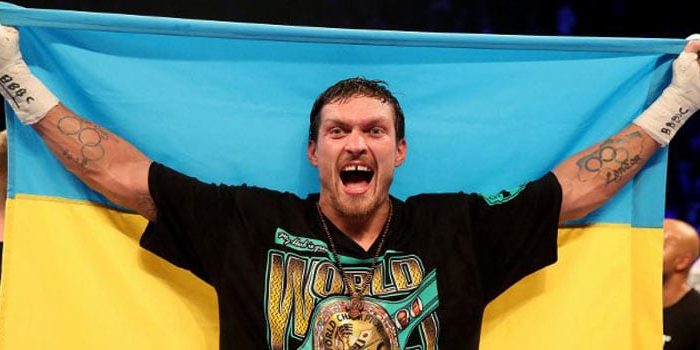 Chazz Witherspoon will get one last chance to make his mark in the heavyweight division.

BoxingScene.com has learned that Witherspoon has replaced Tyrone Spong as Oleksandr Usyk’s opponent for Usyk’s true heavyweight debut Saturday night in Chicago. The 38-year-old Witherspoon accepted what will be an extremely challenging fight on less than one week’s notice.

Spong (14-0, 13 KOs), a former mixed martial arts fighter from Suriname, was removed from his scheduled 12-rounder against Usyk on Monday. Eddie Hearn, Matchroom’s managing director, revealed Monday that there was an adverse finding in one of Spong’s performance-enhancing drug tests administered by the Voluntary Anti-Doping Association.

The 34-year-old Spong disputed that he failed a VADA test in an interview Monday with BoxingScene.com (https://www.boxingscene.com/spong-this-manipulative-attempt-remove-me-from-usyk-fight–143197). Nevertheless, a new opponent was found for the 32-year-old Usyk, whose first fight at heavyweight since May 2014 was postponed nearly five months due to a biceps injury.

Witherspoon (38-3, 29 KOs), a cousin of former WBA/WBC heavyweight champ Tim Witherspoon, hasn’t had what would be considered a meaningful fight in seven years. Seth Mitchell stopped him in the third round of that April 2012 bout at Boardwalk Hall in Atlantic City, New Jersey.

Witherspoon, a Philadelphia native who resides in Paulsboro, New Jersey, is undefeated since Mitchell beat him. He has fought just eight times in the seven-plus years since suffering that loss, though.

Witherspoon’s previous two losses were a disqualification defeat to Chris Arreola in June 2008 and a ninth-round TKO loss to Tony Thompson in December 2009. In his last fight, Witherspoon stopped Santander Silgado (28-7, 22 KOs) after the second round March 23 in Atlantic City.

Usyk will fight for the first time since he stopped Tony Bellew (30-3-1, 20 KOs) in the eighth round last November 10 in Manchester, England.