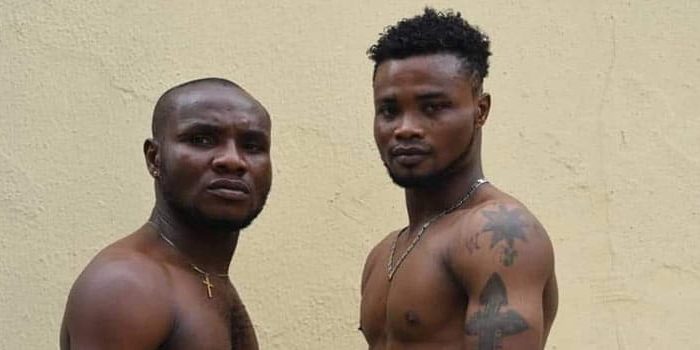 Fight fans in Nigeria may have to wait a little longer to see the grudge match between unbeaten rivals, Otto “Joeboy” Joseph and Rilwan “The Real One” Oladosu.

African Boxing Union (ABU) Lightweight Champion Joseph (16-0, 7 KOs) and challenger and West Africa Boxing Union (WABU) champion Oladosu (10-0, 5 KOs) were slated to battle in the main event of GOtv Fight Night 20 on October 12th at the indoor Sports Hall of the National Stadium in Lagos, Nigeria. However, a Joseph suffered an injury to his left arm which derailed the fight and knocked out the entire card.

Now, it appears the champion’s arm injury is worse than previously thought.

Flykite Productions, promoters of the GOtv series, announced that the fight will be held during their annual December ‘Boxing Day’ show, but Joseph informed BoxingAfrica.com that he might not be able to fight again in 2019.

“I started treatment and after some weeks I thought it was healing,” Joseph said. “But when I tried lifting small things and felt severe pains, the doctor asked for an MRI test and the result is that I may not be able to fight again this year.

“When I announced that I was injured, Rilwan’s camp said I was scared of losing to him and even the boxing board didn’t care. All they wanted was to see me inside the ring. No one cared how I felt and even now, about how I am feeling.”

Joseph says he is as hungry as ever to lay hands on Oladosu.

“I am so pained because I really wanted this fight this year to shut that small boy up for good,” he said. “I swear I will knock him out in round seven. I have defended this title against tougher opponents so who is Rilwan? I knocked him out twice in our amateur days and will do it again anytime I am fit.”

Oladosu, ranked no. 12 by the ABU, maintained that “Joeboy” is scared, hence the postponement

“II will knock him out,” he told BoxingAfrica.com during a phone interview. “If it’s one of these foreign boxers he will jump into the ring to knock them out but against me who knows him well and knows how to beat him, he keeps running.

“He can’t run for long as I know he will be stripped if he keeps running away and will watch me win the belt. Tell him to treat himself well and be prepared as I will give him his first defeat in a painful way whenever we meet.”

Joseph  won the ABU crown by knocking out Egypt’s Abdulrahim Ahmed at GOtv Boxing Night 13 on Boxing Day back in 2017. He has since defended the title four times.

His scheduled fifth defense, against a familiar foe in Oladosu, is believed to be his toughest. Oladosu  publicly challenged him twice and, on both occasions, the heated arguments nearly led to fisticuffs.