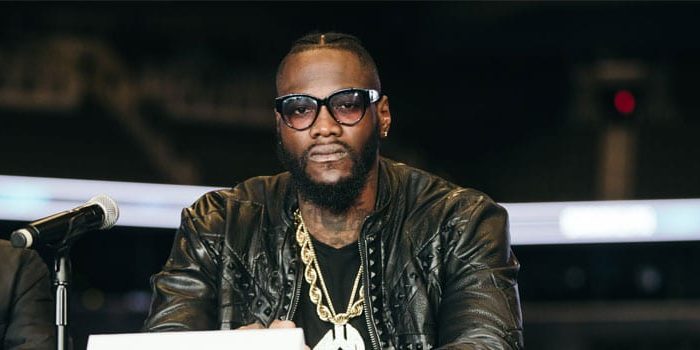 WBC World Heavyweight Champion Deontay Wilder believes Tyson Fury would step aside and allow him to take part in a full division unification.

Wilder (41-0-1, 40 KOs) is slated to face Luis Ortiz (31-1, 26 KOs) in a rematch, likely in late November. Their first encounter, in March 2018, produced one of the most thrilling heavyweight bouts in recent years, with Wilder winning via 10th-round TKO.

Should Wilder win, he would then go on to collide with Fury in a rematch during the first half of 2020. Fury would still have to overcome his upcoming fight with Otto Wallin on September 14th at the T-Mobile Arena in Las Vegas.

Ruiz captured the titles back in June when he dropped Joshua four times to secure a seventh-round stoppage at Madison Square Garden. The rematch takes place on December 7 in Saudi Arabia.

Wilder is not convinced that Fury actually wants the rematch and believes that he would walk away from the fight if given the opportunity.

If the opportunity is there, Wilder would prefer to unify with the Ruiz-Joshua winner, and then face Fury.

“I would want him to step aside, which I think he would do anyway,” Wilder told 78 SPORTS TV, according to Metro.

“I think he would, but I would want him to do it as well, to give a unification. One champion, one face, one name. That has never left my mind. In my opinion, I don’t feel Fury wants to fight me again anyway.

“If this opportunity comes about, I think Fury will pass up his opportunity, he would want me to fight for the unification, and then come back and fight him. He ain’t really no king, he don’t have a title. I revived his career for him, you’re welcome. Now if that happens [the chance to unify with the Ruiz-Joshua winner], Fury, step aside.”