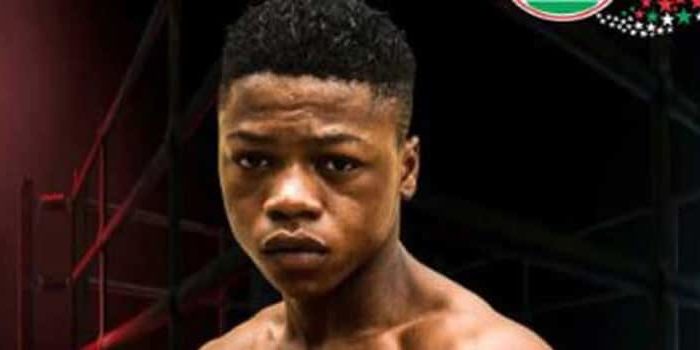 Highly rated bantamweight Opeyemi “Sense” Adeyemi has boasted that he will be the next national champion in his weight division after his fight with Sadiq Adeleke at GOtv Boxing Night 20, which takes place on October 12 at the Indoor Sports Hall of the National Stadium, Lagos.

The 19-year-old, who was voted best boxer at GOtv Boxing NextGen Search 4, has described himself as a “big deal,” the reason he has remained undefeated since turning professional.

In a telephone chat yesterday, Adeyemi said his opponent was coming to the venue for sightseeing, as he had no chance of winning.

“This is my first opportunity at fighting for a title. The national title is a big deal to me and, at the risk of sounding arrogant, I’m a big deal as a boxer. Adeleke is just coming to watch. He should watch as much as he can before the fight begins, otherwise he’d have lost the opportunity because I will daze him like he’s never been dazed before,” he said.

The Lagos-born boxer, who caught the eye at GOtv Boxing NextGen Search 3 but was not selected because he was a year too young, explained that he has been undergoing rigorous training and following dietary instructions to ensure that he is in premium condition for the fight, which is one of the eight scheduled to hold at the event.

All eyes will, however, be on the headline bout, which will see African Boxing Union (ABU) lightweight champion, Oto “Joe Boy” Joseph, defend his title against the very dangerous Rilwan “Real One” Oladosu, West African Boxing Union (WABU) champion. The bout, which has been dubbed “Fight of the Decade”, is the peak of the rivalry between the two boxers since their amateur days. Both remain undefeated and are ranked as the best in the division. Other big names slated for action are Rilwan “Baby Face” Babatunde, WABU welterweight champion; Ridwan “Scorpion” Oyekola, national super featherweight champion; Adewale “Masevex” Masebinu, national light heavyweight champion;  Kabiru “KB Godson Towolawi; former national light heavyweight champion; and Tope “TP Rock” Musa.