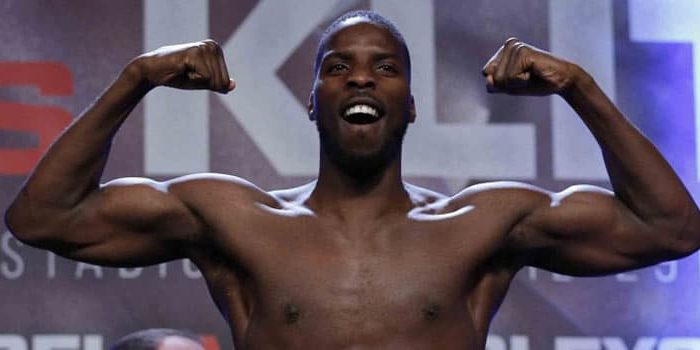 Lawrence Okolie, born in December 1992, is a Nigerian-British professional and skilled boxer who has been making international waves.

Out of the 13 fights he had, he never lost any, but won 10 out of them in knockouts style. The Nigerian-British is best known for his dexterous footwork, long offense reach, and marvelous punching hit.

According to his profile on Wikipedia, he was in August in 2019 ranked as the world’s seventh best active cruiseweight by BoxRec and ninth by the popular sport magazine, The Ring.

Okolie lives in Hackney, London and attended Stoke Newington School and got the selection for Team Great Britain (GB) in 2016 Rio Olympics. Anthony Joshua fun moments at Fela’s Afrikan Shrine during his last visit to Nigeria at the preliminary session of the Olympics, he defeated the popular Igor Pawel Jakubowski from Poland.

The Nigerian-British on January 18, 2017, came to the decision that was going professional in boxing and had his first fight in that regard at the Manchester Arena in Manchester. One of his historical fights was with 33-year-old Geoffrey Cave which went on for 20 straight rounds. The fight had to come to an end when the enigmatic Okolie targeted two blows at his head.