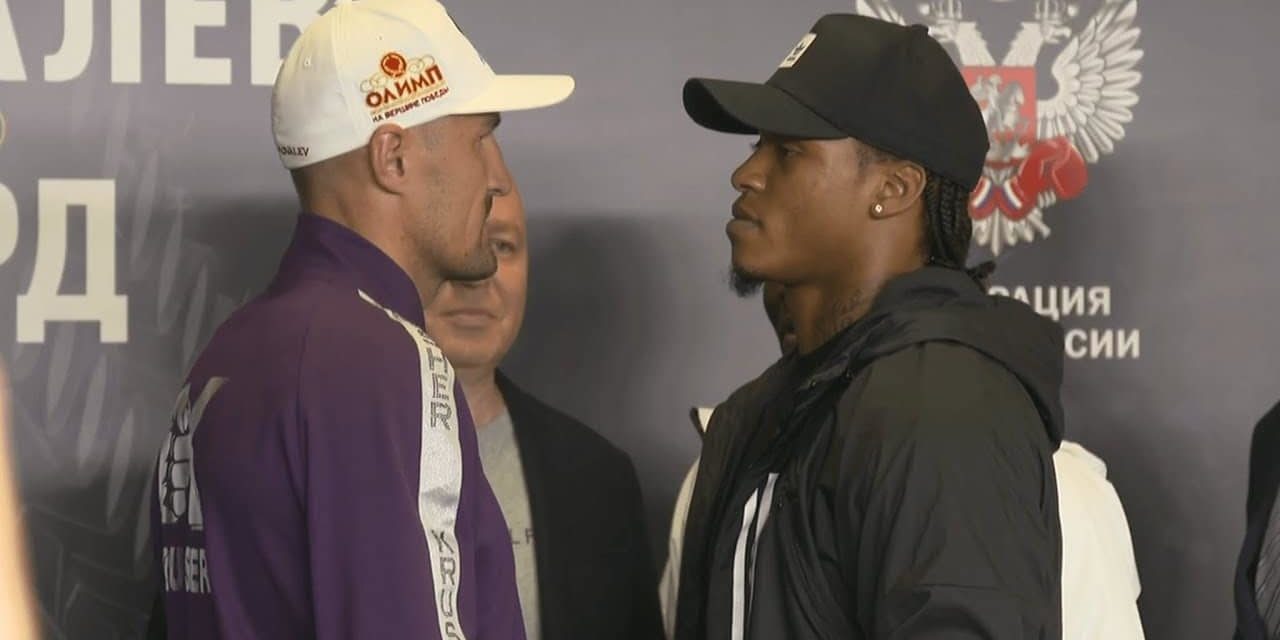 Fighting in his own hometown for the first time in his pro career, WBO light heavyweight champion Sergey “Krusher” Kovalev (33-3-1, 28 KOs) will defend his title this Saturday night against undefeated mandatory challenger Anthony Yarde (18-0, 17 KOs) of the UK.

The event takes place at the Traktor Arena in Chelyabinsk, Russia.

Yarde has knocked out almost every opponent that he ever faced, but the 28-year-old boxer has never face anyone close to the level and experienced of Kovalev.

Kovalev is the most experienced world champion among the current beltholders, and he’s been in world title competition since knocking out Nathan Cleverly and capturing his WBO belt in August 2013 in Cardiff.

Yarde has promised to end the 36-year-old boxer’s career with a knockout. Kovalev has other ideas.

The Russian veteran is motivated to punish Yarde for his weeks of trash talk.

“I will show who is the boss here,” Kovalev told BT Sport.

“He can say everything he wants, but say and do is two different things. I’m already mad with guys like him. He will pay for everything he posted and said. He’s just a kid, not a lion. A little kitten. Small kitten.”

Frank Warren, who promotes Yarde, believes his man will pull off the big upset.

“It is a fantastic opportunity for Anthony and he has earned his shot by working his way to the No.1 spot in the rankings. He has showed what he is all about by being prepared to go into Kovalev’s backyard and it demonstrates the confidence he has in his own ability,” said Warren.

“Everybody knows Kovalev is a tremendous puncher and a fearsome presence in the ring. It is something we first saw over here when he fought Nathan Cleverly, and he has continued to operate at the very highest level. Anthony possesses tremendous self-belief and we back him to come away with the spoils.”

“The vibration I’m getting is that he doesn’t really want to fight me. He’s thinking ‘this guy has only had 18 professional fights, he only had 12 amateur fights and I’m a future Hall of Famer, I can’t let this kid come and beat me.’ But that’s what’s going to happen,” Yarde told BT Sport.

“I feel that’s what’s going to make him nervous. I’m just a kid from East London who started boxing at 19 years old and worked his way up. But my name’s in the mix now and it shows what’s going to come in the future.”