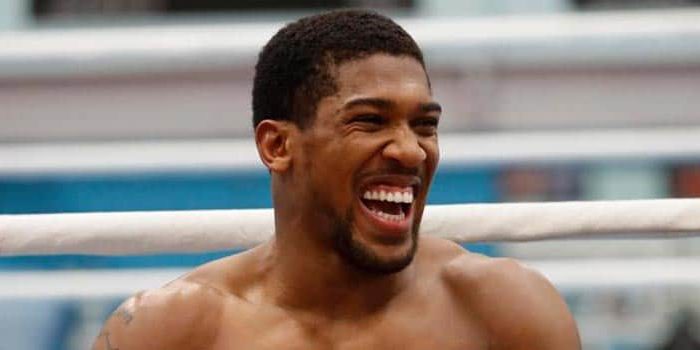 The statements were made during AJ: The Untold Truth, which featured a sit-down with the once beaten heavyweight contender. The comments regarding Lewis, the last undisputed heavyweight champion and a British and fistic legend, stem from comments Lewis made after Joshua’s shocking seventh-round TKO loss to Ruiz in Joshua’s U.S. debut last June.

"@LennoxLewis is a clown. I don't respect Lennox." ?

Anthony Joshua is on the warpath ? [@SkySportsBoxing]pic.twitter.com/eofEUKTYOi

This so-called feud between me and @anthonyfjoshua is just what some ppl want to see. People want me to come back at this youth and put him in his place, but I just want to tell him to look around you and don’t fall into those traps.

Ruiz tasted canvas in the third but got up to drop Joshua twice in that frame, and then put him away with two more knockdowns in the seventh.

“I can’t look at that fight and agree that AJ was fully prepared,” tweeted Lewis who also called into question the ability of Joshua’s trainer, Rob McCracken.

Joshua’s reply was: “Me and Lennox are not the same. My legacy is to sit back and enjoy the younger generation coming up, and not to be involved. Just to appreciate what it takes to get there.

“Me and Lennox are cut from a different cloth.”

Like Joshua against Ruiz Jr, Lewis also suffered shock defeats but he avenged both results by winning rematches with Oliver McCall and Hasim Rahman.

Joshua has his chance to do similarly against Ruiz Jr, the WBA/IBF/WBO champion. However, negotiations for the rematch have hit a snag. Although Joshua promoter Eddie Hearn of Matchroom Sport declared the fight would take place on December 7 in Saudi Arabia, Ruiz balked, claiming that negotiations remain ongoing.

Joshua appeared to be making excuses, dismissing Ruiz’s skillset, claiming the new champion got lucky and also saying his mind was focused on a unification versus WBC World Heavyweight Champion Deontay Wilder.

?"A lucky punch, a punch that was sent by the gods." ?@AnthonyfJoshua The Untold Truth is available now On Demand or watch it on Sky Sports Main Event, tonight from 8:30!

“I’m not focusing on that anymore,” he said.

“I’d had 22 fights and was talking about being undisputed. What am I going to do after? Go and fight Otto Wallin?

“It was like I was coming to the end of my road already, worrying about undisputed.

“That undisputed stuff? It was right in front of me but it was one of the biggest curses lingering over my head when I was champion.”

It remains to be seen whether Joshua can channel this to revenge or if it’s a signal that cracks are beginning to emerge.