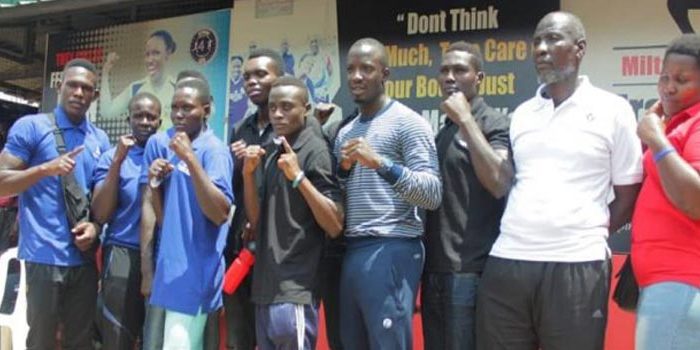 Uganda Boxing Federation (UBF) has announced a ten-person squad to represent the nation at the All Africa Games scheduled for next week in Rabat, Morocco.

The boxing team includes eight boxers from the 25 boxers that have been in a residential camp for two months plus two coaches. Six of the boxers are men while the two are women. The head coach is a male and a female as his deputy.

The Official Uganda Bombers Team that will represent the nation in the All Africa Games include; Champion Busingye in Light fly (49kg) category, Masembe Isaac in Bantam (56kg) and Light weight (60kg) Tukamuhebwa Joshua.

Meddie Mulani will be the head coach and Mukankusi Mercy as the assistant.

Sweden-based Kennedy Katende won a bronze medal for Ugandan at the 2015 All-Africa Games.

Uganda is scheduled to compete in 3×3 basketball, Badminton, Chess, Cycling, Handball and Weight lighting. In total 77 competitors are scheduled to represent Uganda.

The 2019 African Games are in their 12th edition and will take place from August 19-31, 2019 in Rabat, Morocco. This will be the first time that the African Games will be hosted by Morocco.

The forthcoming games, formally known as the All Africa Games or the Pan African Games, are a continental multi-sport event held every four years.