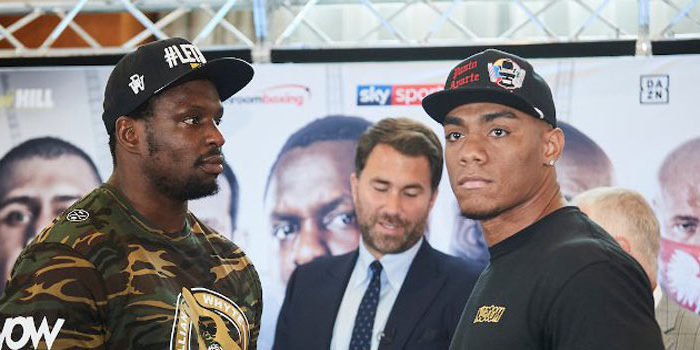 Boxing Scene has learned that Groupe Yvon Michel has retained UK counsel on behalf of Oscar Rivas and itself to explore the possibility of a lawsuit against Matchroom Boxing, Dillian Whyte, United Kingdom Anti-Doping (UKAD), and the British Boxing Board of Control (BBBC).

On July 24 and July 25, Boxing Scene reported that an “A” sample taken from Whyte by UKAD tested positive for small amounts of epimethandienone and hydroxymethandienone, two metabolites of the banned drug Dianabol. Boxing Scene further reported that the BBBC was advised of the positive test result by UKAD prior to Whyte’s July 20 fight against Rivas but allowed the fight to proceed without notifying Rivas or his promoter, Yvon Michel, of the finding.

Hearn has acknowledged that he was aware of the positive test result prior to the fight. But he says that he was not allowed to share this information with the Rivas camp because of the confidential nature of the drug-testing process and that Whyte was cleared to fight by a UKAD appeals panel and the BBBC.

In an interview posted on Boxing UK on July 31, Hearn was asked, “Is the relationship okay with Yvon Michel?”

On August 9, Stephen Taylor Heath of JMW Solicitors – a law firm with offices in London, Manchester, and Liverpool – sent letters on behalf of Groupe Yvon Michel and Rivas to Matchroom, Whyte, UKAD, and the BBBC. The letters are not claim letters. But they ask for information that might be relevant to a legal claim.

In the United Kingdom, litigation is likely to start with a letter of complaint in the form of (1) a lawyer’s letter setting out the nature of the complaint including the damage suffered;  (2) a request for any further information which would be required to substantiate the claim; (3) a request for a response within 14 days.

Whyte has denied any wrongdoing in the matter. On July 26, he posted a statement on social media that read. “I am so disappointed with the rubbish that has been said about me over the last few days. I have lawyers dealing with it and I have been told that I can’t talk about it for good legal reasons. I was cleared to fight and I won that fight fair and square.”

Possible causes of action relevant to the information being sought by Groupe Yvon Michel and Rivas vary with regard to each potential defendant. For example, it might be alleged that Matchroom breached a contractual duty of care that it owed to Rivas and failed to disclose material facts. Whyte, on the other hand, did not owe Rivas a duty of care but had other legal responsibilities with regard to the fight. A lawsuit by Groupe Yvon Michel and Rivas might also explore the question of how many other times, if any, the BBBC has allowed a boxer to compete after a positive drug test without notifying the opposing fighter’s camp of the positive test result.