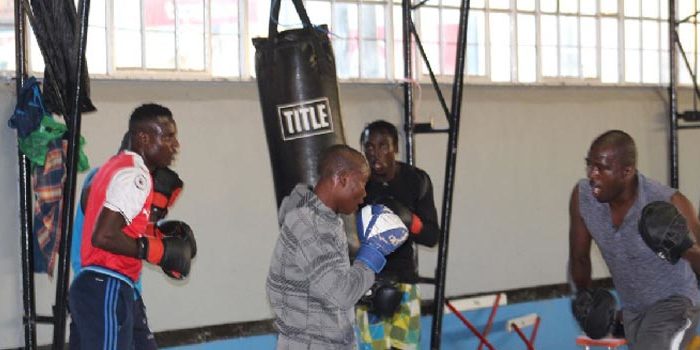 The Namibia boxing team is looking to bring home medals from the 2019 All Africa Games, which kicked off in Morocco on Tuesday.

Namibia is competing in 10 sports codes at the 12th edition of the Africa Games taking place in Casablanca and Rabat from 16 to 31 August.

Speaking to Nampa on Saturday, Jonas, who represented Namibia at the 2015 Africa Games in Congo Brazzaville where he won a silver medal, said his goal is to win a gold medal.

“I am currently ranked eighth in the world by the International Boxing Association, and my aim now is to go for gold, which will improve my ranking ahead of the World Championships later this year,” he enthused.

He added that the experience he gained from previous competitions will help him in achieving his dream of winning a gold medal.

Shaanika, who also represented Namibia at the 2015 Africa Games, said his goal at this year’s championship is to show how he has grown as a boxer.

“In 2015, I did not win anything in Congo Brazzaville. But this time around, I want to prove to myself and those who selected me how I have matured as an athlete. My goal is to win a medal before competing at the World Champs,” he added.

Thomas, who will be representing the country at the games for the first time, said he has prepared well, and this will be a big stage where he has to test himself against the best in Africa.

Kambalili told this agency that his goal at the competition is to win a medal, despite this being his first big competition, while his other teammate Ndevelo said he is not at the Africa Games to sight-see.

“I represented Namibia at the 2018 Commonwealth Games in Australia, and I am now looking forward to using the experience I gained there to win a gold medal. My goal as a boxer is to qualify for the World Championships, where I will possibly qualify for the 2020 Olympic Games as it’s my dream to represent my country on those stages,” he said.