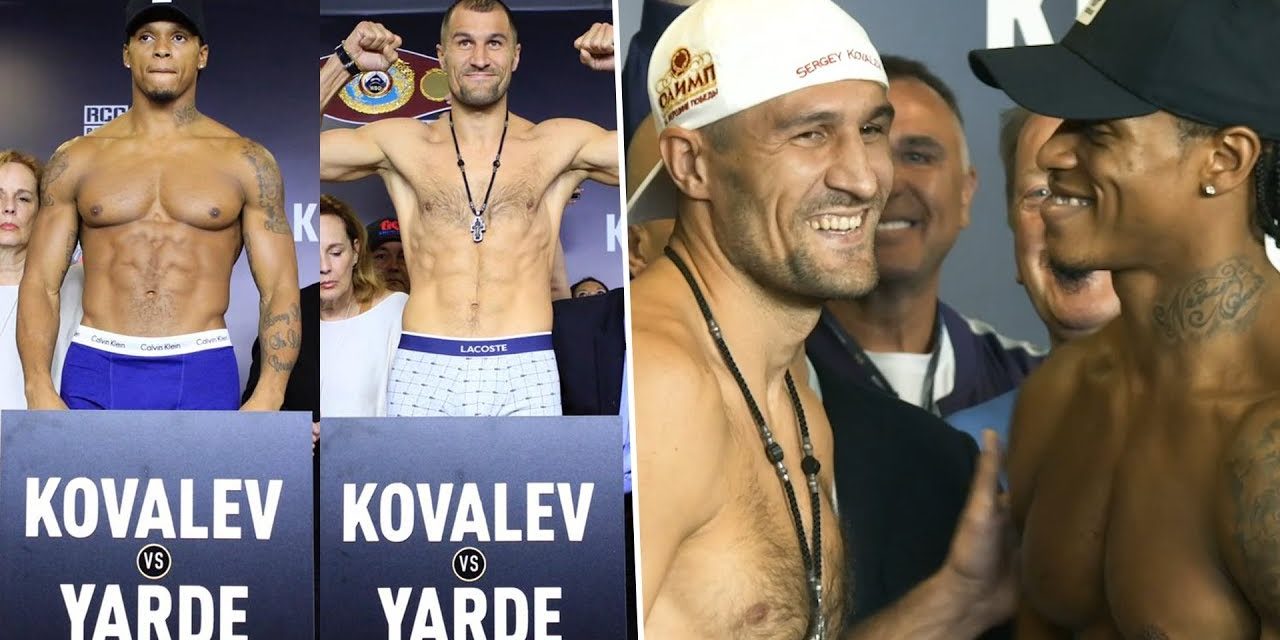 The fight will stream live on ESPN+ in the United States beginning at 12:30 pm ET.

The inexperienced Yarde, 28, is brimming with confidence despite having never fought at this level before. However, he’s bursting with talent—hand speed, power and athleticism which he plans to utilize versus a 36-year-old champion who may be past his prime.

Kovalev will be making his first title defense. Last February, he regained his belt with an impressive 12-round unanimous decision win over Eleider Alvarez. Alvarez had previously stunned Kovalev with a TKO win in their prior bout.