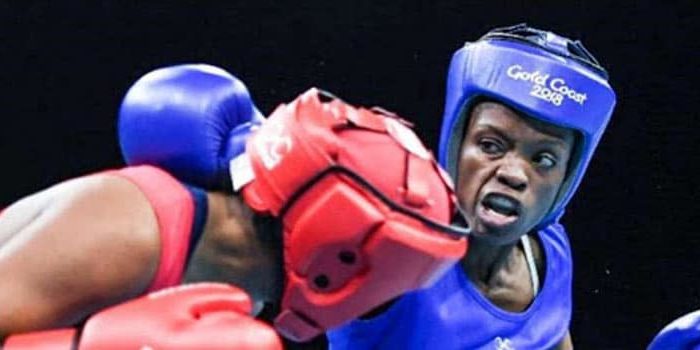 Two of Kenya’s most celebrated female amateur boxers Elizabeth Andiego and Christine Ongare are ready to take their boxing fortunes to the next level during the forthcoming All Africa Games in Morocco.

Andiego, who became the first and only Kenyan woman Olympian in London 2012 and Ongare, the first local lady medallist at the Commonwealth Games in Gold Coast 2018, said they are tired of living in the shadows of their ring adversaries.

Ongare and Andiego are among the 12 boxers named in the final Kenya team that will do duty for the country in Morocco. Kenya will field four women and eight male boxers.

Speaking at the Games training camp at Kasarani, Andiego said: “We are always very passionate about boxing and have always wanted to leave a mark in a bid to inspire junior women boxers. Sadly, I have never won a medal in my career despite many years in the ring. We have not also had enough matches at home prior to the many international events. I am glad this time we have been very active and we are hoping for the best in Morocco. I am going for nothing short of a gold medal,” Andiego, a career fitness trainer, said ahead of Morocco show.

Light Flyweight Ongare is also going for gold. “Despite winning bronze in Gold Coast, my mission and vision has always been to win gold. So I will be aiming to achieve it in Morocco and that should add to my already rich collection of medals,” said Ongare, who also won bronze at the Africa Championship-cum-World Championship qualifiers in 2017 in Congo.

Ongare settled for bronze after succumbing to Northern Ireland’s Carly McNaul at the Oxenfen Studios in the Gold Coast semis. The Ireland boxer dominated all the three rounds as all the five judges awarded her 30-27, 30-26, 30-26, 30-26, 30-26 against the Kenyan.

In the meantime, Kenya team coach Musa Benjamin has sung praises of the two boxers. “They have many similarities and differences in their approach to play. They are both very passionate boxers and have represented the country many times. Nevertheless, Andiego has never won a medal while Ongare has two to her credit.  Andiego can punch from various angles, while Ongare possesses an uncanny knack for hand speed and is a lot more aggressive,” Musa, who coached Tanzania in Gold Coast said.