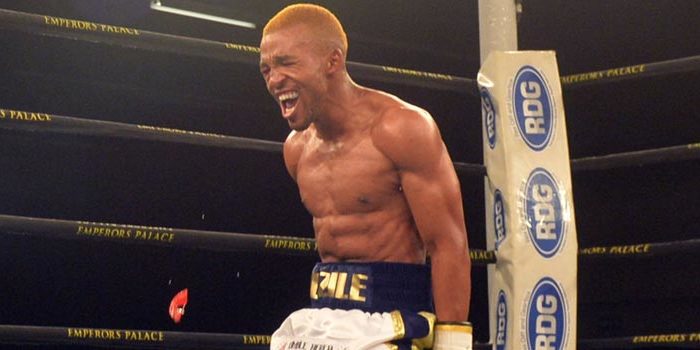 The ordered International Boxing Federation (IBF) super featherweight title eliminator between Azinga Fuzile and Kenichi Ogawa has a new date and home, with the bout due to take place Sept. 29 at the Orient Theatre in Fuzile’s hometown of East London, South Africa.

The official eliminator was first ordered back in May, with a purse bid won by Teiken Promotions, Ogawa’s promoter who sought to stage the event on July 6 in Tokyo, Japan. Those plans fell through when Fuzile (14-0, 8KOs) couldn’t secure a travel visa in time to make the trip abroad.

Two months worth of negotiations ensued before both parties agreed to bring the fight to South Africa, where Fuzile has exclusively fought since turning pro in 2014. In his most recent start, the 23-year old southpaw scored a landslide decision win over former title challenger Romulo Koasicha.

Ogawa (24-1, 18KOs) aims to move into position to secure his second career title fight, which could ultimately serve as a rematch with Farmer. The 31-year old Tokyo native scored a controversial 12-round win in their Dec. 2017 vacant title fight in Las Vegas, Nevada, only for the official verdict to get overturned after Ogawa tested positive for a banned substance.

The infraction resulted in a one-year ban issued by the Japanese Boxing Commission. Ogawa returned to the ring earlier this year, having won two straight including a 4th round stoppage of Glenn Medura, who replaced the travel-restricted Fuzile on the aforementioned July date.

Meanwhile, IBF featherweight champion Tevin Farmer (30-4-1, 6KOs) is permitted a voluntary defense after having complied with back-to-back mandatory title defense wins over Jono Carroll and Guillaume Frenois. The latter marked the fourth defense of the title he claimed in a 12-round nod over Billy Dib just last August. Next up could be a voluntary defense versus former 126-pound title challenger Joseph “JoJo” Diaz, although the 2012 U.S. Olympian would first have to find his way to the IBF Top 15 rankings at super featherweight before landing such an opportunity.