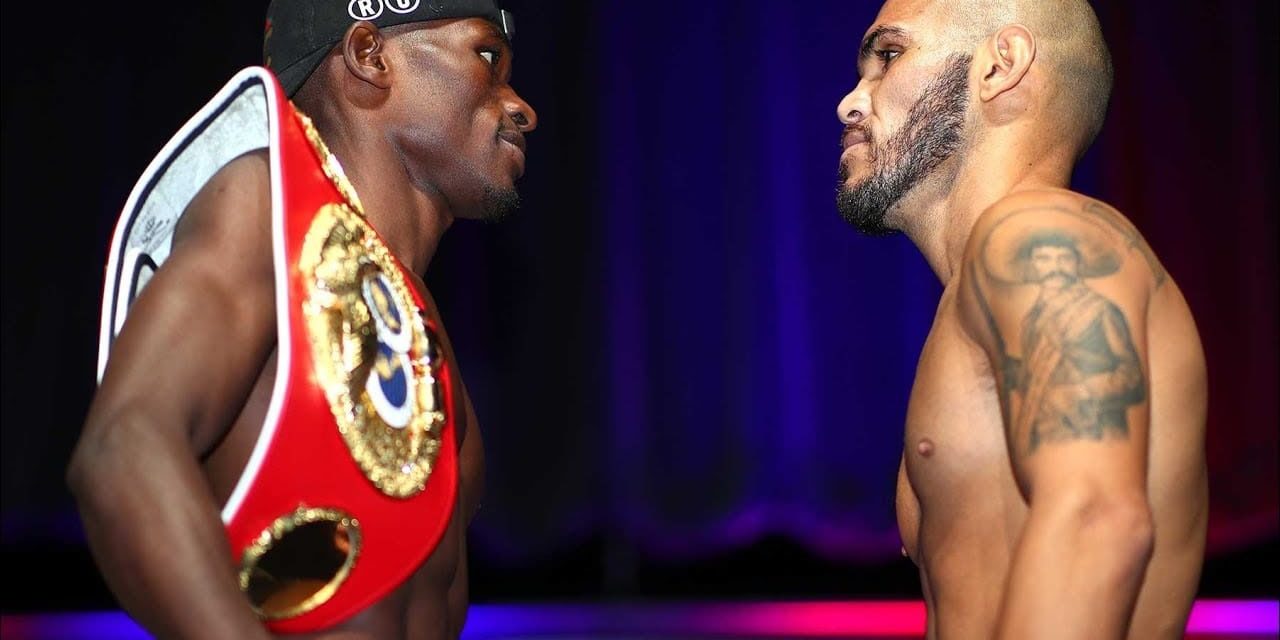 Ray Beltran will not have a chance to become a two-time lightweight world titleholder, at least not on Friday night.

Due to challenge Richard Commey for his 135-pound world title, Beltran badly missed weight at Thursday’s weigh-in, coming in at 136.8‎ pounds. He had two hours to lose the extra 1.8 pounds but never returned to the scale. Commey was inside the limit at 134.4 pounds for his first title defense.

Regardless of the result of the fight, Commey will retain the title, per IBF rules, as long as he is no heavier than 145 pounds at the Friday morning weight check mandated by the sanctioning body.

Beltran, although no longer subject to the IBF’s fight-morning weight check because he is no longer eligible to win the title, agreed to a 7 a.m. weight check at which he can be no heavier than 146.8 pounds for the fight, which will headline the Top Rank Boxing on ESPN card (ESPN and ESPN Deportes, 10 p.m. ET with the full card streaming on ESPN+ beginning at 7:30 p.m. ET) at the Pechanga Resort Casino in Temecula, California.

Beltran (36-8-1, 22 KOs), who turned 38 on Sunday, was seeking to win a world title for the second time after having won a vacant belt in his fourth attempt by hard-fought decision over Paulus Moses in February 2018. Beltran, a Mexico native who lives in Phoenix, lost the title in his first defense by unanimous decision to Jose Pedraza in August but rebounded in a strong performance in February when he knocked out unbeaten Hiroki Okada in the ninth round.

However, the fight with Okada was in the junior welterweight division and Steve Feder, Beltran’s manager, said coming down from 140 pounds to 135 for the fight with Commey was a struggle.

“We did everything we normally have done in the past. Up to two weeks ago he was right where we would expect, but over the past seven days we noticed that his body wasn’t reacting to the weight cutting as it has in the past,” Feder said. “We adjusted things on Saturday but each day we weren’t getting the movement we wanted. He had a great camp and worked incredibly hard all nine weeks and especially this last week focusing on the weight.

“For whatever reason, perhaps the age at this point, which can affect the way you metabolize, may have been a factor. No excuses from Team Beltran. After this 140 looks like the weight.”

Commey (28-2, 25 KOs), 32, of Ghana, won a vacant world title by second-round knockout of Isa Chaniev on Feb. 2 in a fight during which he suffered a right hand injury that scuttled a title unification bout with pound-for-pound king Vasiliy Lomachenko in April.

“As far as Team Commey are concerned our main priority is Richard making the 145-pound IBF weight limit [Friday] morning at 7 a.m. As the world champion, Richard understands what it means to be professional in these circumstances,” Michael Amoo-Bediako, Commey’s manager, said. “It is not his or our position to speak on how other fighters make weight but we hope Beltran makes the weight allowed [Friday] morning so that we have a fight and Richard can show the American public that he’s not in this division to make up the numbers, but show everyone that he is capable of realizing his dream of being the undisputed lightweight champion of the world.”