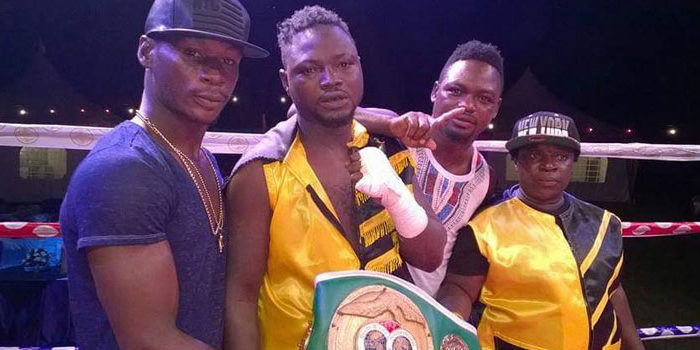 Ghanaian world title hopeful, Issah Samir (18-0, 15 KOs) puts his undefeated record on the line in Accra on August 3rd against hard hitting compatriot, John Akulugu, 15 of whose 16 career wins have come by knockout.

The bout scheduled for the Unity Park near Achimota in the Ghanaian capital is put together by Landmark Promotions CEO, Anthony Kermah and is an official Commonwealth middleweight title eliminator sanctioned by Commonwealth Boxing Council (CBC) Secretary, Simon Block.

It will be a second fight of the year for former Las Vegas, USA based Samir who beat Burkinabe veteran, Patrick Sou Toke at the Bukom Boxing Arena on 6 March as he continues to push towards his world title dreams.

“I’m so happy to fight again, it’s a step in the direction and I thank Landmark Promotions for the opportunity. I assure my fans that I’m focused on training in order to give them victory so they should come in their numbers on fight night to cheer me for us to celebrate together,” Issah Samir told this writer in Accra.

The August 3 bill will also see the return of ‘Pride of Avenor’ Ebenezer Tetteh (19-0, 16 KOs) against a yet to be confirmed opponent in a heavyweight championship over 12 rounds as the former WBO Africa and WBA Pan-Africa champion also targets an entry into the world ratings in pursuit of the dream to become Ghana’s first heavyweight world champion.

In other scheduled fights, hot heavyweight prospect, Osumanu Haruna (10-0, 6 KOs) will engage former WBA Pan-Africa champ, Boniface Kabore of Burkina Faso (20-6, 12 KOs) for the West Africa title whilst budding Raoul Adjaho (3-0, 2 KOs) of Benin also features in an 8-round contest against a yet to be confirmed opponent.