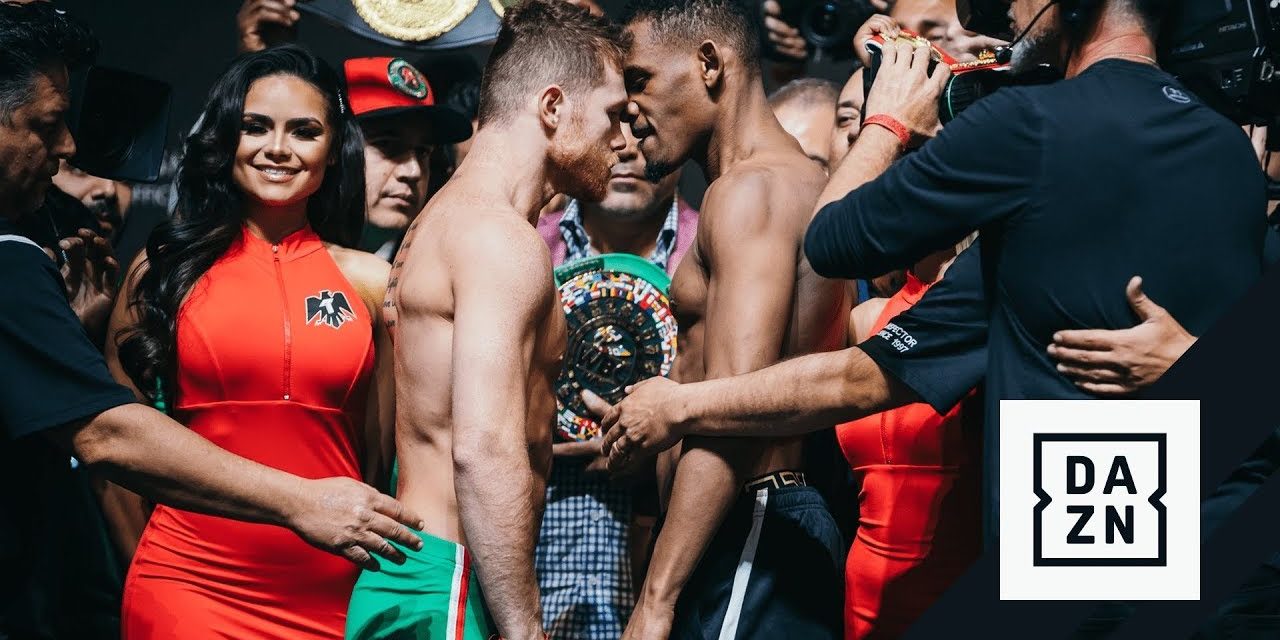 Canelo Alvarez and Daniel Jacobs made weight Friday afternoon at T-Mobile Arena, but that wasn’t all that went down.

During their face to face, they were butting heads and had to be pulled apart after Canelo pushed Jacobs and the two were trying to get to each other as their teams were holding them back.

Now that the middleweight champions have met their contractual obligations by weighing in at or below the division’s limit, they’re concentrating on rehydrating within what’s allowable. Neither Alvarez nor Jacobs can weigh more than 170 pounds at a second-day weigh-in Saturday morning.

Representatives for Alvarez insisted on the rehydration clause because so much was made of how much weight Jacobs gained following a weigh-in for his middleweight title fight against Gennadiy Golovkin in March 2017 at Madison Square Garden in New York. Jacobs skipped the IBF’s second-day weigh-in the morning of the Golovkin fight.

Golovkin’s team took issue with Jacobs skipping that second-day weigh-in because Golovkin and his handlers were under the impression Jacobs would weigh in again.

Alvarez edged Golovkin by majority decision in their 12-rounder September 15 at T-Mobile Arena to take the WBA and WBC 160-pound championships.

Below are the weigh-in results for other fights scheduled for Saturday night: