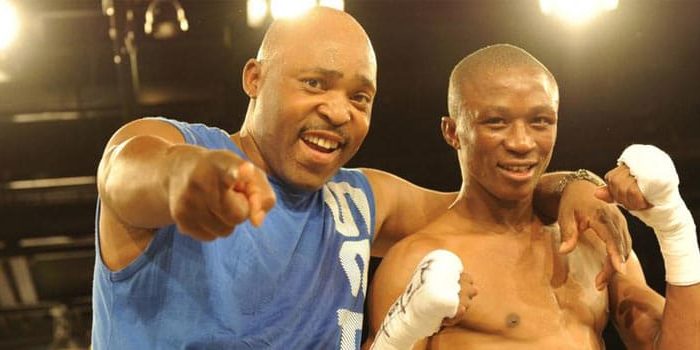 Former top trainer Elias Tshabalala has taken out a promoters licence after being out of boxing for some time, and trading as Fantastic 2 Boxing Promotion will stage his first tournament at the KwaThema Community Hall in Springs, Ekurhuleni, on Sunday, June 9.

Topping the eight-bout card will be the South African lightweight title fight between champion Thompson Mokwana 23-13-1; 12 from the Limpopo Province who makes the second defence of his title against and Ayanda Nkosi11-1; 5 of Gauteng.

Mokwana has lost his last two fights and Nkosi who is the No 1 contender and WBA Pan African lightweight champion goes into the fight as the overwhelming favourite.

On the same card Phumelela Cafu 3-0-1; 3 and Zolile Miya 6-6; 4 meet for the vacant Gauteng flyweight title.

Tshabalala is still waiting on an approval from Boxing SA.

Tshabalala who worked with South Africa’s most successful trainer/manager Nick Durandt has had a very successful career as a trainer and guided multiple world champion Cassius Baloyi.

He also trained IBO bantamweight champion Gideon Buthelezi for a short while.

The tournament in KwaThema will be in honour of the late legendary Simon “Tshipa” Skosana and the late trainer Themba Zulu.