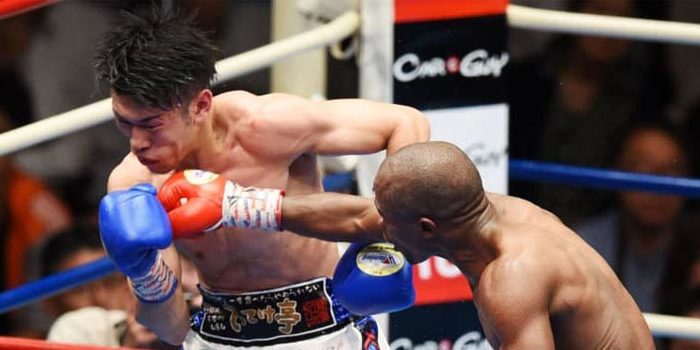 South Africa’s Moruti Mhtalane continues to plead his case as boxing’s ultimate road warrior—and as the best flyweight in the world.

Scores were 116-112 twice and 117-111 in favor of Mhtalane, who made the third successful defense—all of which have come on the road.

Kuroda (30-8-3, 16KOs) enjoyed as true of a home crowd advantage as can be afforded a challenger. The bout marked his 30th appearance at Korakuen Hall, where he turned pro 14 years ago and which had housed his six-fight win streak heading into the second title fight of his career.

The game slugger—who turns 33 in July—came up short in a 12-round decision to then-flyweight titlist Juan Carlos Reveco in 2014, a point at which Mhtalane was just returning to the sport. The ugly side of boxing politics forced him to the sidelines for more than a year, unceremoniously ending his first title reign but having since surged to the top.

Such determination was evident in Monday’s defense, as Kuroda sought to force a frenetic pace, of the belief he could exhaust the 36-year old titlist. A dedicated body attack was a key part of the challenger’s strategy, but the supremely conditioned Mhtalane was able to  weather the storm and secure victory with a strong surge late in the fight.

Kuroda’s competitive run early in the bout dramatically shifted to a race against the clock, as Mhtalane’s sharp shooting punches sliced apart his challenger’s face. Kuroda was forced to contend with a cut over his left eye and took a frightening beating in a round 11 which arguably should’ve been scored 10-8 despite the absence of a knockdown.

The fight already out of reach, Kuroda sought to offer one last brave stand but couldn’t fare any better than to keep pace with Mhtalane. The ageless titlist finished strong to register the third defense of the title he reclaimed in Oct. 2017.

Mhtalane improves to 38-2 (25KOs), having now turned away three straight challengers on the road. Following wins over unbeaten Muhammad Waseem in Malaysia and Masahiro Sakamoto in Macao in 2018, Mhtalane was all too willing to once again hit the road in his continued mission to prove his worth among the flyweight elite.

Overall, the defending champ has now won 14 straight since a Nov. ’08 injury stoppage loss to a then-prime Nonito Donaire.