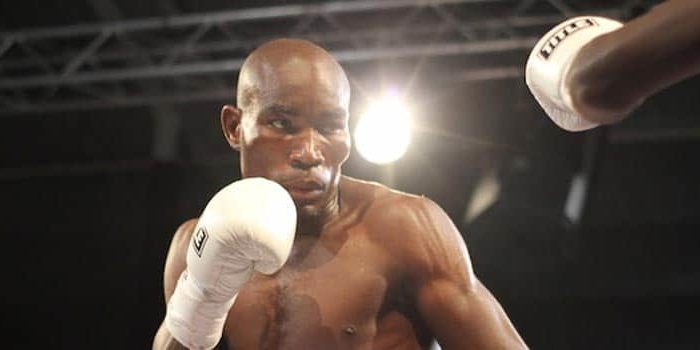 Namibian boxers Walter Kautondokwa and Sakaria Lukas were both victorious in their ring returns after a long layoff.

Middleweight Kautondokwa made short work of Tanzania’s Simeon Tcheta, stopping him in the second round of their scheduled 10-rounder in Harare, Zimbabwe. It was Kautondokwa’s first bout since last October, when he lost his world title bid versus American Demetrius Andrade. With the victory, Andrade claimed the vacant WBO World Middleweight title.

Tcheta was simply overmatched. Kautondokwa got off to a hot start, pressing the attack early. Tcheta was hurt by combinations to the body as the first round came to a close.

Kautondokwa wasted no time finishing him, playing the aggressor again in the second. A series of volleys battered Tcheta, forcing his cornermen to throw in the only one minute into the frame.

The victory moves Kautondokwa, 34, to 18-1 (17 KOs). Tcheta was a late substitute after two earlier bouts fell through. With this performance, he proves he remains a player.

Kautondokwa’s trainer Nestor Tobias believes that Kautondokwa is back for good.

“The loss against Andrade was unfortunate,” Tobias told reporters.” We took that fight on very short notice but that is water under the bridge. All that matters is that Kautondokwa is back now and ready to challenge top contenders in the middleweight division, so they better be ready. We expect him back in the WBO top 15 ratings and then we will be back to business.”

In other news, Namibian featherweight Sakaria Lukas is back. Lukas hadn’t fought since December 2017, a length of time spanning 17 months. “Desert Storm” ended the layoff by stopping Zimbabwe’s Ndodana Ncube in the eighth round.

Lukas showed some ring rust versus Ndodana. After controlling the early action, he appeared to falter in the fifth round. Despite showing signs of fatigue, Lukas bounced back to close the show in the eighth and finish off his man.