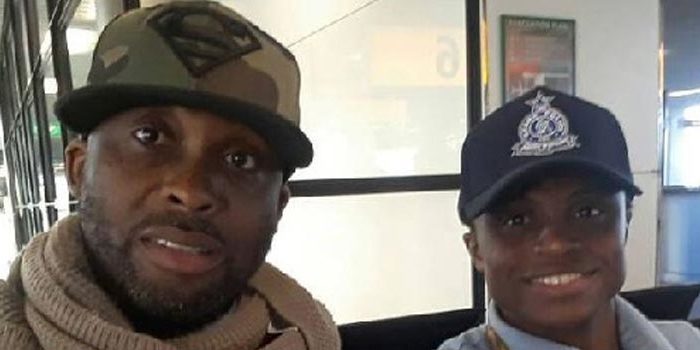 Isaac Dogboe’s journey in the pugilistic sport is far from over, even though he is to take a lengthy break. The 24-year-old will remain in the sport but will take time off and resume his university education, he has exclusively confirmed to Joy Sports.

The former world champion gained admission to the Penn State University last year but had deferred studies due to the demands of his boxing career.

This decision to return to school comes after a one-on-one meeting with his father, Paul, who led his corner on the night of his humiliating loss to WBO super bantamweight champion, Emmanuel Navarrete.

“I am good and glad I was not injured. It’s rather unfortunate I couldn’t win the bout and I guess sometimes these things happen. I am grateful to all for the massive support for this bout,” he told Joy Sports in Arizona.

He mentions that he will take time off to get himself back into school and re-strategize to make a return to the sport.

Joy Sports understands that his team, led by his father, Paul, is in conversations with some top trainers including Floyd Mayweather Snr to take the boxer through a comprehensive training regimen.

“I want to step back to give the space to some top trainers to handle Isaac. I have done my bit and want to relax even though I will still play a role in the team,” Paul Dogboe said in an earlier conversation with Joy Sports on Sunday.

However, the decision to remain in the sport has been solely taken by Isaac himself, as his father insists he cannot impose anything on the 2012 Olympian.

It is likely that Isaac will be based in the state of California when he resumes the sport. This is strategic as it will also serve the purpose of pursuing his degree in International Affairs at the Penster University.

The former WBO champion is currently on holiday in Harrisburg and is expected to spend time with his family in the United Kingdom in the coming weeks.

Dogboe lost this rematch – following an original loss last December – via TKO to Navarrete in a one-sided fight which saw the Ghanaian take punishment round after round.

In the main post-bout interview with ESPN, Dogboe also confirmed he will move up to the featherweight division, as he has had struggles in making the 125lbs weight.

This decision by Isaac coincidentally aligns with the advice given by Africa’s greatest boxer of all time, Azumah Nelson.

“Dogboe will definitely become a great boxer. It’s a matter of time. He needs time to build his defense in the ring properly.”

“So, in the meantime, he should focus on school, graduate and return full time to the sport later,” Azumah, added in a conversation with Joy Sports.

The WBC legend further advised that Dogboe should train while schooling, stressing that the pursuit of the world title could come afterwards. “The degree will come in handy after boxing”.