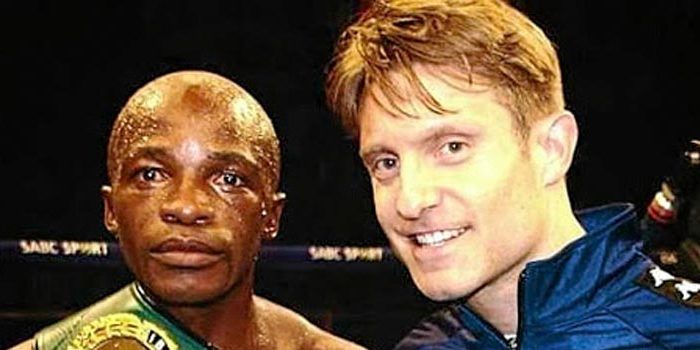 Colin “Nomakanjani” Nathan has paid tribute to the public that voted him as one of the nominees for Boxing SA’s 2018 trainer of the year.

Nathan will be contesting with Sean Smith, Alan Toweel Junior, Lionel Hunter and Emil Brice. The ceremony will take place at Sandton Convention Centre on May 17.

There will be a professional boxing tournament prior to the actual awards.

Nathan thanked boxers who chose him to be their trainer.

“I am one of the people that can say that I have lived my dream,” said the man who is the first trainer in the history of South African boxing to have two No1 Ring Magazine fighters simultaneously – Hekkie Budler and Moruti Mthalane.

Nathan also produced many world champions, including the first Ring Magazine titlist in 69 years – the first being Vic Toweel who won it in 1950.

Budler won the WBA and the IBF junior flyweight belts and for his achievement was presented with the Ring Magazine belt that took place in Tokyo, Japan, while Mthalane regained the IBF flyweight

All these fights took place within the stipulated period under review which was November 1 2017 to October 31 last year.

“Last year in my boxing career, without question, I had the best year,” said the 41-year-old successful trainer.

“My results and achievements back up my theory that I had a great year. I am looking ahead in having a bigger year than last year.”

Nathan jets off to Japan on Sunday, where Mthalane will put his IBF belt on line against Masuyuki Kuroda on May 13.