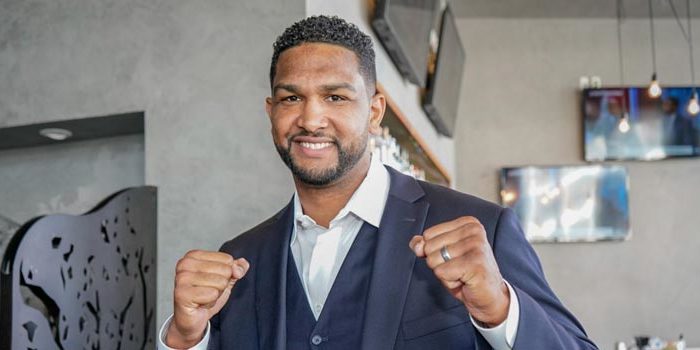 Watching the Deontay Wilder-Tyson Fury fight from a ringside seat simply reinforced what Dominic Breazeale believed. That the undefeated Wilder is quite beatable.

Breazeale realizes that Wilder hits harder with his right hand than perhaps any heavyweight in boxing. Other than that, though, Breazeale doesn’t see anything that should make him feel like he is headed toward an unwinnable battle Saturday night at Barclays Center in Brooklyn.

In fact, Breazeale feels Fury, not Wilder, should own the WBC championship for which he’ll fight. Breazeale left Staples Center in Los Angeles on December 2 convinced Fury defeated Wilder in their 12-round split draw, despite that Wilder floored Fury twice, once apiece in the ninth and 12th rounds.

“It gave me some better things to focus in on,” Breazeale said during a conference call last week. “At the same time, I think, you know, just [for] my peace of mind, I was there in person – I thought Fury won that fight. I know he got knocked down a couple times, but as far as the boxing world looked at it and the way you score a boxing match, Tyson Fury out-boxed Wilder that night and won that fight. But Fury did some good things. He used some good head movement and some great defensive tactics, as well as counter-punching.

Only one judge, Canada’s Robert Tapper, agreed with how Breazeale saw the Wilder-Fury fight. Tapper scored eight rounds for Fury (114-112).

Showtime will televise the Wilder-Breazeale bout Saturday night as the main event of a tripleheader (9 p.m. ET/6 p.m. PT).