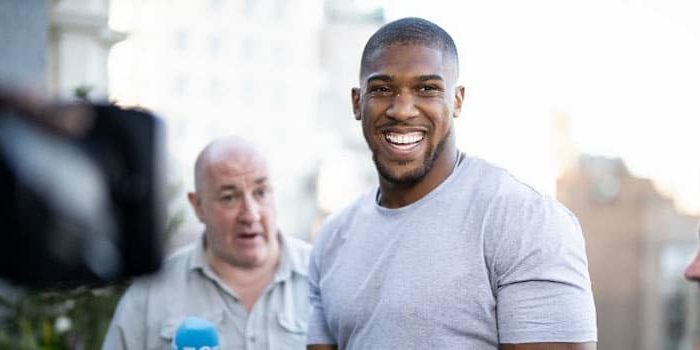 Undefeated unified world heavyweight champion Anthony Joshua made his grand arrival in New York City ahead of Saturday’s showdown versus Andy Ruiz Jr. at Madison Square Garden, live on DAZN in the US and on Sky Sports Box Office in the UK.

Ruiz (32-1 21 KOs) can become the first ever Mexican Heavyweight World champion when he meets AJ at the vaunted Manhattan boxing mecca and comes into the bout in fine form. The 29-year-old recorded his 21st KO win on his 32 fight ledger when he forced the retirement of Alexander Dimitrenko after five rounds of their clash in Carson, California ten days ago.

The Californian-based Mexican is in his second World title tilt having pushed Joseph Parker to the limit for the WBO crown in the Kiwi’s Auckland hometown in December 2016, being edged out by the finest of margins via majority decision.

Joshua (22-0 21 KOs) defends his IBF, WBA, and WBO  crowns for the second time, as his eighth World title fight lands on his hotly-anticipated American debut after KOing Alexander Povetkin at Wembley Stadium, London in September. That was the second dramatic KO win for the Londoner in the national stadium of his hometown, with today’s announcement coming two years and one day after his epic victory over former undisputed World ruler Wladimir Klitschko.