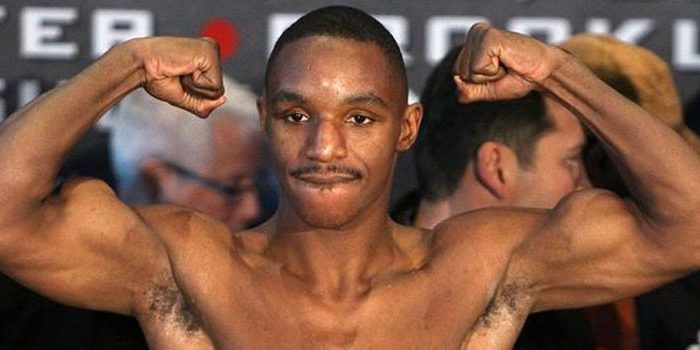 Devon Alexander’s upcoming showdown with Ivan Redkach now has a home as well as a chief support.

The scheduled 10-round welterweight bout will take place in San Jacinto, Calif., atop the June 1 edition of Premier Boxing Champions (PBC) on FS1. The location is roughly 2½ hours from Redkach’s Los Angeles hometown, where he has lived since turning pro in 2009.

It will mark just the third career fight anywhere in California for Alexander, though with the previous two occasions sparking fond memories. The St. Louis-bred southpaw won a 140-pound title in an Aug. ’09 stoppage win over Junior Witter in Rancho Mirage, Calif. defending the title twice before conceding to Tim Bradley in their Jan. ’11 unification bout.

Alexander (27-5-1, 14 KOs) also scored a 10-round win over Jesus Soto Karass in a June ’14 clash in Carson, Calif. The bout was his first after losing his welterweight title to Shawn Porter six months prior. The win over Soto Karass was among Alexander’s last great moments in the sun, as he is just 1-3-1 in five starts since then.

The upcoming bout will mark Alexander’s first with new trainer, former four-division world champion and eventual first-ballot Hall of Fame boxer Roy Jones Jr. The change comes in the wake of a recent split with Kevin Cunningham, the only trainer Alexander has ever known ever since he first began boxing as a youth in St. Louis.

Redkach (22-4-1, 17 KOs) has seen nearly half of his pro bouts take place in California, including his pro debut nearly 10 years ago. The 33-year old Ukrainian southpaw fights in state for the fifth straight time, entering on a two-fight win streak after suffering a pair of FS1-televised losses to Argenis Mendez and John Molina in 2017.

The evening’s chief support will also feature two fighters meeting at the crossroads, as Willie Monroe Jr. will face Hugo Centeno Jr. in a middleweight contest.

Monroe Jr. (23-3, 6 KOs) was due to headline the first edition of the rebranded PBC on Fox series versus interim middleweight titlist Jermall Charlo. The veteran contender from upstate New York was scratched from the show, however, after a random pre-fight drug test conducted by Voluntary Anti-Doping Agency (VADA) showed trace amounts of a banned substance in his system.

The positive test was attributed to his taking a non-specific testosterone booster, which he disclosed to medical examiners but for which he failed to request a Therapeutic Use Exemption (TUE). Ultimately, it’s left him out of the ring since a 10-round decision win over Javier Francisco Maciel last August in his first fight under the PBC banner.

Monroe has won two straight since a controversial points loss to then-unbeaten middleweight titlist Billy Joe Saunders in Sept. ‘17. The second-generation boxer also suffered a title fight loss in a May ’15 6th round knockout at the hands of then-unified champ Gennady Golovkin.

Centeno (27-2, 14 KOs), a 28-year old middleweight from Oxnard, Calif.—roughly three hours from San Jacinto—rebounded from a knockout loss to Charlo last April with a technical decision win over Oscar Cortes this past February in Los Angeles.