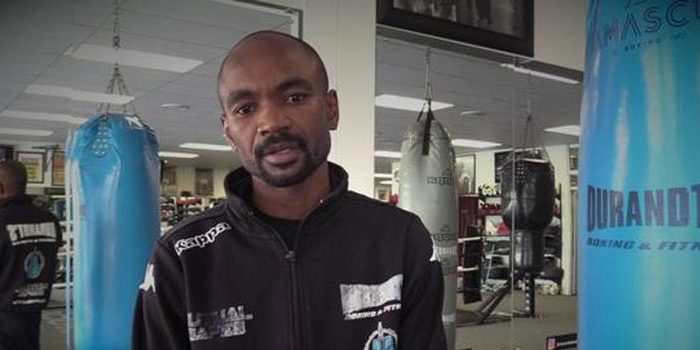 After a slow start Jackson Chauke came back to win the vacant South African flyweight boxing title when he stopped Thabang Ramagole at two minutes 54 seconds into the ninth round at a packed Orient Theatre in East London on Sunday afternoon.

The 33-year-old Chauke 17-1-1; 1 from the Durandt Gym made a slow start through the first six rounds as the younger Ramagole 15-6-1; 19 proved too fast for the new champion to pile up the points with good left and right combinations.

Even though the ref warned Ramagole from the Orlando Boxing Club to keep his punches up he continued to outbox Chauke in the seventh and eighth rounds, as he proved too slick for the slow-moving Chauke.

However, Chauke came out at the bell for the ninth round to score with some stinging combinations to the head before he dropped Ramagole against the ropes for a count.

Ramagole managed to beat the count, but soon afterwards two left uppercuts sent him down again and when he was dropped for the third time with a chopping right to the head, the referee called the fight off.

In the battle of southpaws the 19-year-old Tyirha came out fast at the opening bell to dominate Joyi.

However, the vastly-experienced Joyi picked up the pace as he pushed forward to outbox Tyirha who tried to get into the fight as he swung wildly at times, but  the veteran Joyi proved just too good.

In a poor fight with both fighters missing badly throughout, the South African won as judge Eddie Pappoe scored 119-108 and judges John Shipanuka and Christopher Fernandez handed in cards of 119-109 and 117-109.

The southpaw Dumezweni was in control from the opening bell and dropped Sultan who was cut over the right eye, with a swinging left to the jaw in the ninth round to emerge a clear winner after 12 dull rounds.