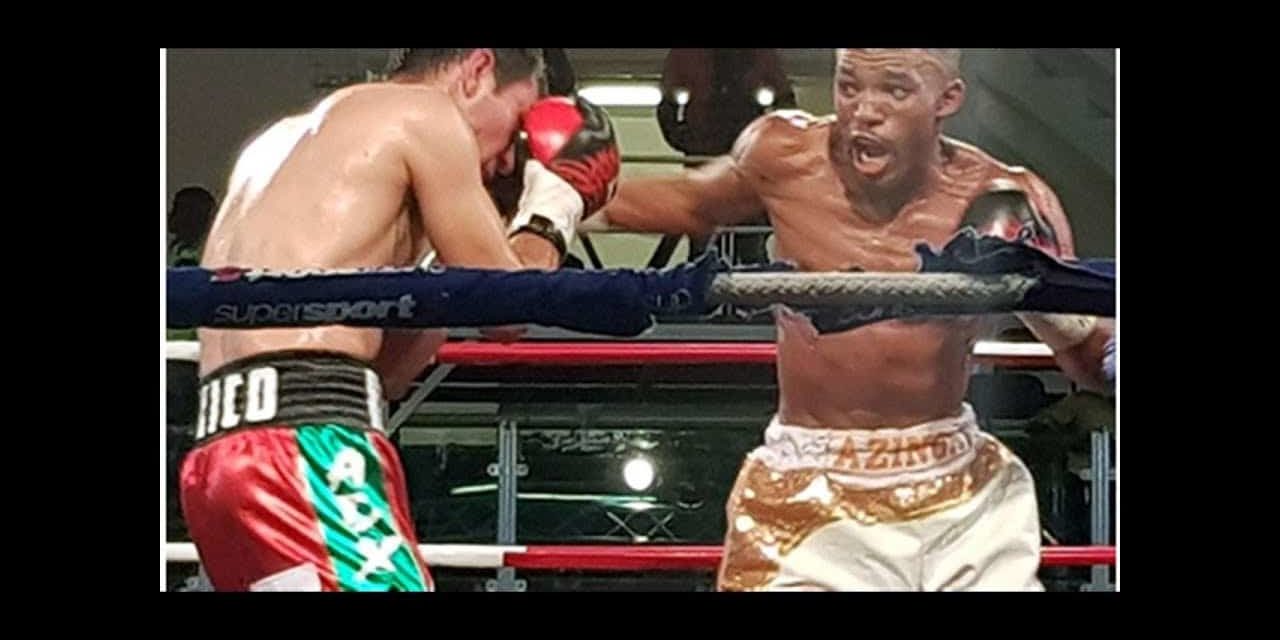 In an outstanding exhibition of skillful boxing, South Africa’s Azinga Fuzile retained his IBF Intercontinental junior lightweight title with a 12-round unanimous decision over veteran Romulo Koasicha of Mexico at the Nongoza Jebe Hall in Port Elizabeth on Sunday afternoon.

In an exciting opening round the southpaw Fuzile (58.80kg) came out fast to score with two good lefts to the body and an uppercut and was warned for a low blow by the referee – a ruling that was debatable.

A great left uppercut sent the 27-year-old Koasicha down for a count in a dominant round one for the South African.

Koasicha (58.40kg) never got into the fight against the classy South African who frustrated him throughout with his fast hands and movement around the ring.

The Mexican tried his best and threw many punches at the South African with most of them hitting the gloves.

South African junior-lightweight champion Phial Mpontshana (58.47kg) retained his title for the fourth time in a return bout with 37-year-old Koos Sibiya (57.50kg) on a unanimous 12-round points decision.

In a closely-fought tactical battle between two well-conditioned fighters that never rose to any heights, the champion did enough to take the decision, but had to come back from a bad gash over his left eye after a clash of heads at the beginning of the 11th round.

In the opening bout of the afternoon at flyweight, Luyanda Ntwanambi stopped Xolisile Voyi at 12 seconds into the fourth round.

In a clash for the vacant African Boxing Union junior-featherweight title, the southpaw Ayabonga Sonjica won on an eighth-round technical knockout over Asiphe Ntshili.

In a bout for the vacant IBF International junior-flyweight title South Africa’s Sivenathi Nontshinga came out fast at the bell to score a first-round knockout over Adam Yahaya from Tanzania. The time was 1 minute 27 seconds.