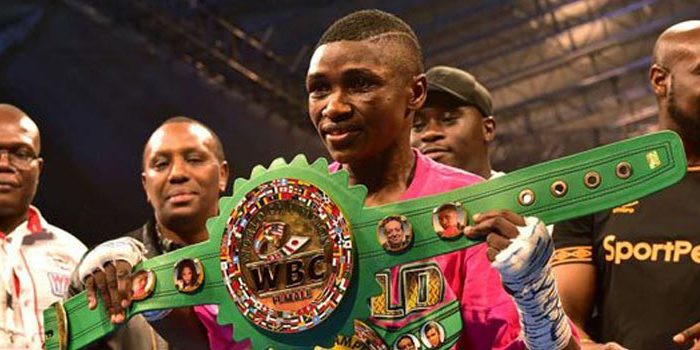 WBC world super bantamweight champion, Fatuma Zarika is set to jet back to Kenya on March 16, ahead of her highly anticipated title bout against Zambia’s Catherine Phiri.

The boxing affair dubbed ‘Nairobi Fight Night’ will be held at the Kenya International Convention Center (KICC) on Saturday, March 23.

Zarika has been in Liverpool, United Kingdom undergoing an intense training and fitness regime under the watchful eye of dedicated trainers and former WBC Cruiserweight champion, Tony Bellew.

Declan O’Rourke, one of the trainers at the 4 Corner Combat and Fitness Gym, is set to arrive with Zarika to aid in her last minute preparations before she takes to the ring.

Zarika retained her world title last year on September 8 when she beat young Mexican Yamileth Mercado at the KICC on a split-point decision.

Mouth-watering undercards with the headlining one featuring Rayton ‘Boom Boom’ Okwiri will precede the bout against Phiri, as he takes on Tanzania’s Pascal Kimaru Bruno.

This will be the second meeting between Zarika and Phiri who gave boxing fans worldwide the most brutal of fights on December 2, 2017 at the Carnivore Grounds where the Kenyan prevailed on unanimous point decision after she scored 97-92, 98-91 and 99-92 from the three international judges who presided over the fight.

Before her departure for Liverpool, Zarika sent a stern warning to her opponent saying: “What I can tell her is that this belt is going nowhere and I will hold it for as long as I want to,” the 35-year old mother of two stated.

Former British professional boxer Bellew is also expected to arrive on March 19, to join the thousands of Kenyans who will show up to offer support to Zarika.